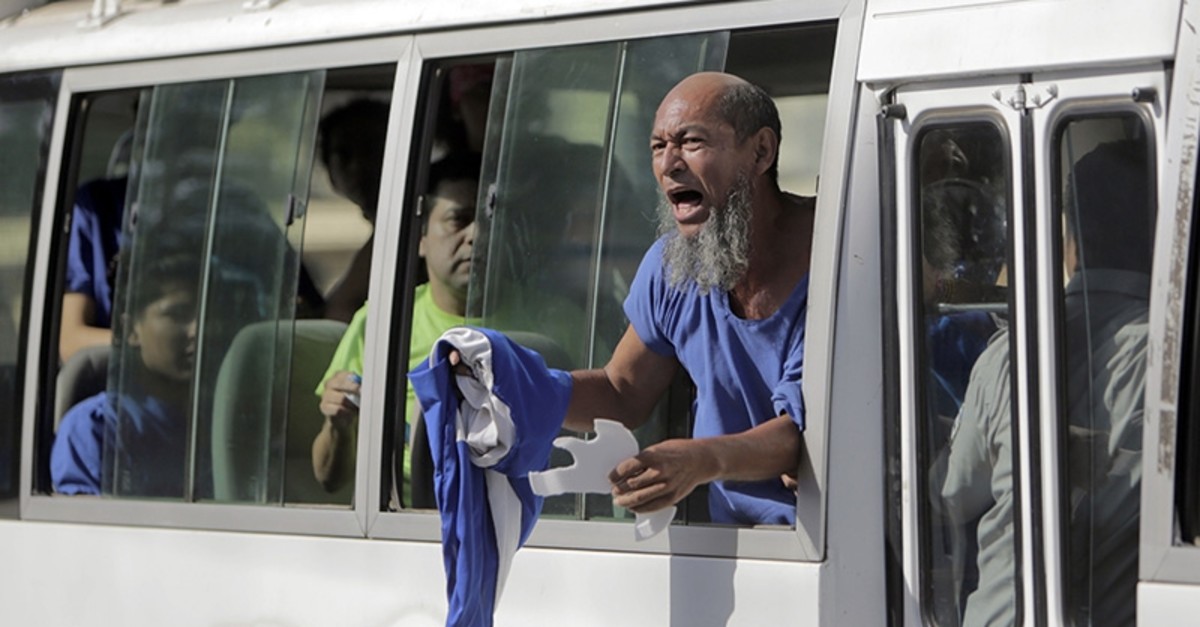 Long-awaited peace talks between Nicaraguan President Manuel Ortega's leftist government and the opposition got underway Wednesday shortly after the release of prisoners arrested during and after deadly protests that rocked the Central American country.

The talks are aimed at ending a crisis that began last April when protests over the government's now-abandoned pension reform were met with a deadly crackdown from the ruling Sandinista party amid calls for Ortega to step down.

Ortega was not attending the talks -- according to photos released by the opposition business union -- which show six representatives each from the government and opposition faced off at a round table, mediated by Catholic Cardinal Leopoldo Brenes.

Authorities gave no details about the prison releases, which were announced by the Permanent Human Rights Commission (CPDH) after relatives posted images on social media of busloads of jubilant inmates leaving La Modelo prison outside Managua.

"We have verified that a couple of minibuses left and some known prisoners were inside," CPDH president Marcos Carmona told AFP, adding that as many as 100 may have been released.

Many of the freed prisoners waved flags, sang the country's national anthem and shouted "Viva Nicaragua."

Relatives had spent the night outside the prison after rumors circulated that inmates were to be released.

The opposition Civic Alliance coalition had called for the release of all opposition prisoners ahead of the talks, which were to take place at the Central American Institute of Administration and Enterprise, around 9 miles (15 kilometers) outside the capital.

A brutal crackdown by Ortega's security forces left 325 people dead and more than 750 arrested and accused of terrorism by the time the protests ended in October.

The violence has forced tens of thousands of others to flee the Central American country.

Independent media outlets have been targeted for harassment, threats and arrests in the crackdown. Nicaraguan journalist Miguel Mora, owner of the 100% Noticias channel shut down by the government, began a hunger strike this week to protest his detention, his lawyer said Tuesday.

Nicaragua is struggling with an economic crisis and a $315 million deficit. GDP shrank four percent last year and some economists say it could contract 11 percent in 2019.

The opposition accuses former guerrilla leader Ortega, in power since 2007, of establishing a corrupt dictatorship with his wife and vice president, Rosario Murillo.

Murillo, who is also the government spokesman, called for the "full restoration of fraternity and peace in Nicaragua," in a statement on the eve of the talks.

Urging a break with recent violence, she called on all sides to "leave behind us the harsh experiences, learning from them, casting off negative feelings from our lives."

Ortega's handling of the protests drew international condemnation from the United States, which has imposed sanctions on the president and his wife for rights abuses.

Ortega had agreed to resume the talks "because the civil disobedience continues, because of his international isolation and the crisis situation in (ally) Venezuela, and because the economy is in freefall," said Azahalea Solis, a member of the opposition delegation at the talks.

"When Venezuela is free, Cuba is free, and Nicaragua is free, this will become the first free hemisphere in all of human history," said Trump.

Luis Carrion, a former Sandinista guerrilla commander who is now an opposition figure, said the talks were "a very complex and risky."

Ortega "is not seeking in good faith a real solution to the crisis, his goal is to break his isolation and avoid international sanctions, to preserve his power and to remain in the presidency until 2021."