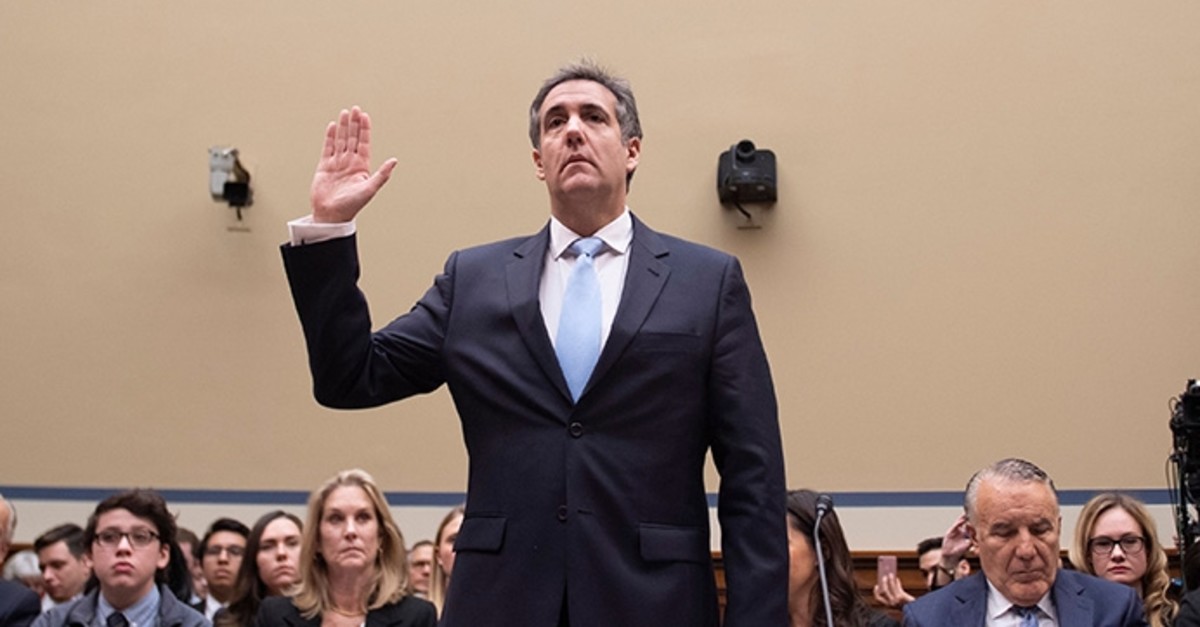 Cohen called the U.S. president a conman, a cheat and a racist in explosive congressional testimony Wednesday, saying he was ashamed of a decade of working for the real estate billionaire.

"I am ashamed that I chose to take part in concealing Mr. Trump's illicit acts rather than listening to my own conscience," Cohen said.

"He is a racist. He is a conman. He is a cheat," he said of the president.

Trump's disgraced former fixer was giving evidence as Congress prepares for the final report from a probe into possible collusion between his campaign and Russia -- and with the president in Vietnam for a second historic summit with North Korea.

He also said Trump directed negotiations for a Trump Tower in Moscow through the 2016 election campaign even while denying any business ties with the Russians.

Cohen said Trump implicitly directed him to lie about the project, and that White House lawyers "reviewed and edited" his testimony in 2017 when he lied to Congress about the Trump Tower negotiations.

But Cohen, 52, also said he had no direct evidence that Trump or his 2016 campaign colluded with Russians -- the central focus of Justice Department and congressional investigations.

Cohen told lawmakers he was "ashamed" of his decade-long role as the president's personal lawyer and "fixer" for sensitive problems.

"I am ashamed because I know what Mr. Trump is. He is a racist. He is a conman. He is a cheat," Cohen said.

"Today, I am here to tell the truth about Mr. Trump," he said.

Democratic Chairman Elijah Cummings said Cohen's testimony was "deeply disturbing, and it should be troubling to all Americans."

"If it is as explosive as it appears to be, I think that it is the beginning of an impeachment process," Democratic Representative Jackie Speier, another member of the panel, told NPR radio early Wednesday.

Trump, in Hanoi for a second nuclear summit with North Korean dictator Kim Jong Un, responded to the early release of the testimony by trying to discredit Cohen.

"Michael Cohen was one of many lawyers who represented me (unfortunately)," Trump tweeted.

"He was just disbarred by the State Supreme Court for lying & fraud. He did bad things unrelated to Trump. He is lying in order to reduce his prison time."