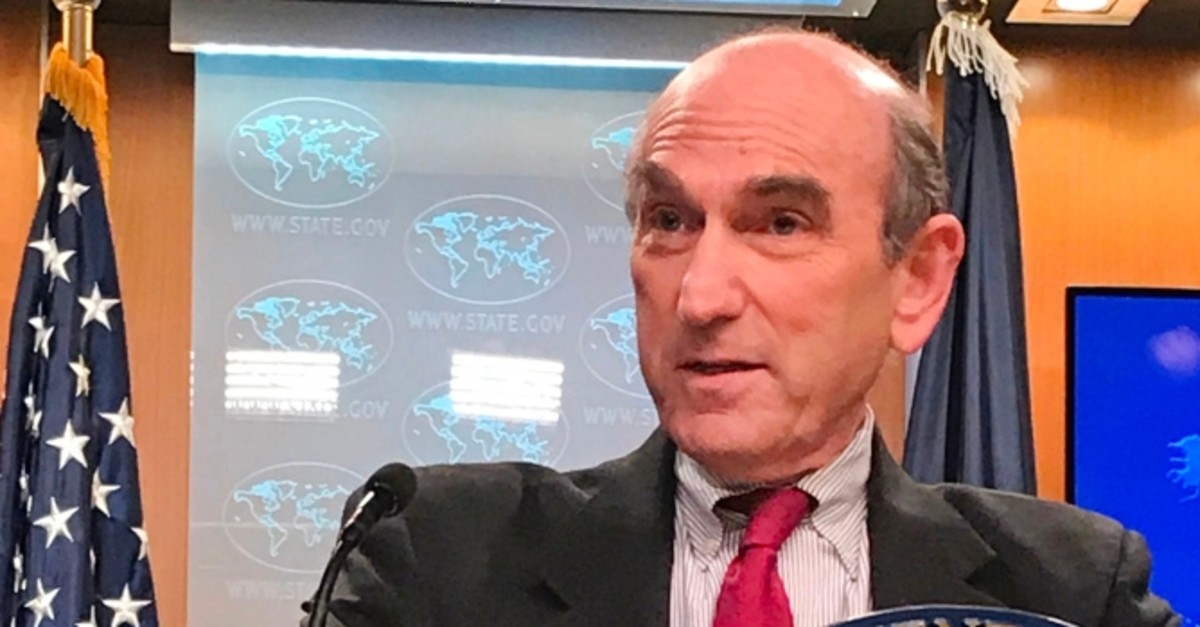 US Special Representative to Venezuela, Elliott Abrams, addresses reporters at the State Department in Washington on March 1, 2019. (AFP Photo)
by Mar 01, 2019 12:00 am

The United States imposed financial sanctions on six Venezuelans in the security forces and slapped visa restrictions on dozens of people said to be in the inner circle of President Nicolas Maduro.

The financial sanctions were announced by the Treasury Department, while the US top envoy for Venezuela, Elliot Abrams, announced the "dozens" of new visa restrictions in a press conference.

Abrams declined to give more details, other than to say family members were also affected.

The envoy also insisted that Juan Guaido, the opposition figure who announced himself as interim president, should be allowed to return to Venezuela without the fear of arrest. Guaido has been in neighbouring Colombia and Brazil.

Abrams shrugged off continued support by Russia and China for Maduro and also rejected criticisms that the international effort to oust the president and install Guaido was losing steam.

The US in recent years has targeted a number of high ranking Venezuelans with sanctions and this year placed financial restrictions on the state-run oil sector.