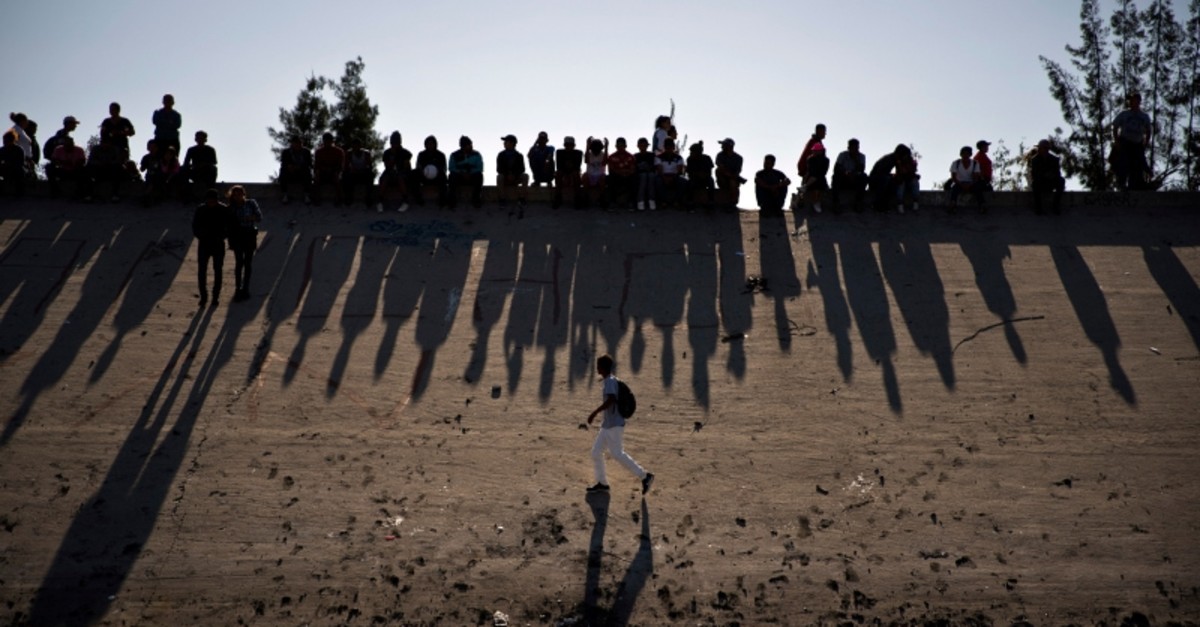 The U.S. government tracked activists and journalists involved in the migrant caravan from Central America at the end of 2018, NBC News reported on Wednesday.

The documents listed 10 journalists, an attorney and 47 others, some of them labeled organizers and instigators from the United States and elsewhere. The NBC affiliate in San Diego, KNSD-TV, said it received the documents from an unidentified source in the Department of Homeland Security.

The U.S. Customs and Border Protection agency told Reuters in a statement that it "identified individuals who may have information" about attacks on border patrol agents. It said gathering such information was a standard law enforcement practice.

At least three journalists and the attorney listed on the documents were unable to enter Mexico to work due to alerts placed on their passports and others have been subject to secondary screenings when crossing the border, the news station reported.

Reuters did not see the documents and was unable independently to corroborate NBC's findings. One of the journalists that the station said was listed was Go Nakamura, a photographer who has done several freelance assignments for Reuters and began covering the caravan on Nov. 10.

The U.S. Department of Homeland Security referred questions on the report to U.S. Customs and Border Protection (CBP).

CBP spokesman Andrew Meehan said in the statement that the tracking was related to assaults on agents that occurred during November and January.

"CBP identified individuals who may have information relating to the instigators and/or organizers of these attacks," said Meehan.

Meehan said CBP does not target journalists for inspections.

The statement added that CPB launched an internal investigation last month to determine whether protocols were followed.

Mexico's foreign ministry issued a statement saying it "disapproved" of illegal espionage and that it has asked the U.S. government to clarify any instance of unlawful espionage.

Thousands of migrants from Central America reached the San Ysidro Port of Entry in south San Diego County in November.

At one point, U.S. authorities fired tear gas at the migrants as some migrants threw rocks at them. The country's busiest border crossing was later closed after U.S. President Donald Trump vowed the asylum-seekers would not easily enter the United States.

The documents showed a photograph of each individual, a description of their identity and their alleged involvement in the caravan. They also show whether officials placed an alert on the individual's passport, the station reported.

The White House did not respond to a request for comment on the NBC 7 report. Trump has frequently criticized journalists and described news reports that contradict his opinion or policy positions as "fake news."