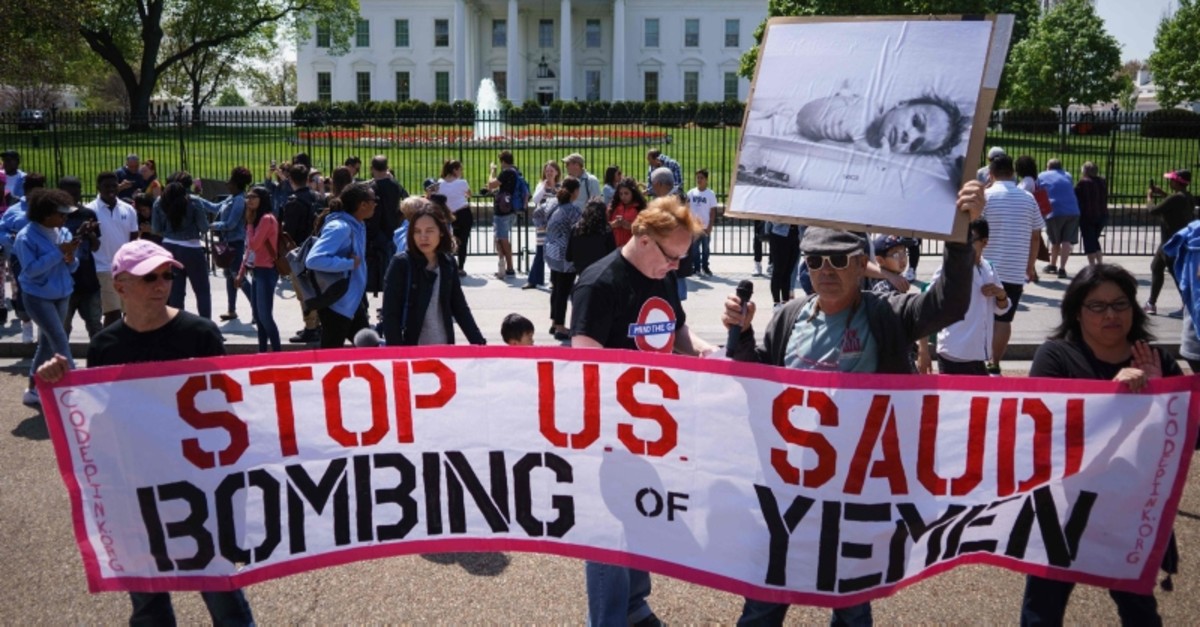 In this file photo taken on April 13, 2017, activists take part in a rally in front of the White House in Washington, DC, to protest against Saudi Arabia's actions in Yemen. (AFP Photo)
by Compiled from Wire Services Mar 14, 2019 1:28 am

The Republican-led U.S. Senate on Wednesday approved a resolution that would end U.S. support for the Saudi Arabia-led coalition in the war in Yemen, in a rebuke of President Donald Trump's policy toward the kingdom.

The vote was 54-46 in the 100-member Senate for the resolution, which seeks to stop the U.S. military from any involvement in the conflict, including providing targeting support for Saudi air strikes, without authorization from Congress.

Civilians have borne the brunt of the conflict. The last available U.N. figure for the civilian death toll was published in 2016 and stood at more than 10,000.

The Armed Conflict Location & Event Data Project, which tracks violence in Yemen, puts it at around 57,000 people.