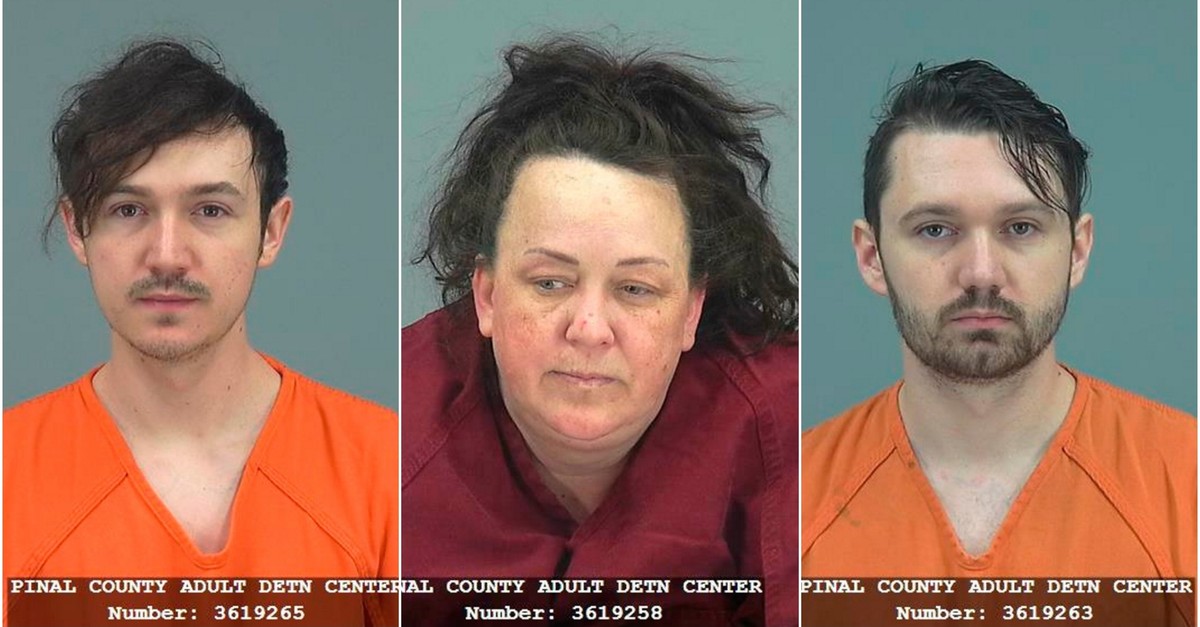 Logan Hackney (L) and his brother Ryan Hackney were arrested on suspicion of failing to report abuse of a minor by their mother Machelle Hackney. (Pinal County Sheriffu2019s Office via AP)
by Daily Sabah Mar 20, 2019 12:00 am

An American mother has been arrested for physically abusing her seven adopted children and forcing them to participate in her YouTube videos, media reports said Wednesday.

Machelle Hackney, who has a channel called "Fantastic Adventures" with almost 800,000 subscribers and 250 million views since 2012, was arrested on March 15 along with her two adult sons following an investigation launched by police when her biological daughter reported her on March 13.

Conducting an investigation into the woman's house, police found two boxes of pepper sprays in her bedroom and a windowless room in the house with furniture, blankets, clothes, and toys in it.

The woman had pepper sprayed and beaten her children and deprived them of food and water, according to their statements. Preliminary findings also strengthened these claims, as all the children had very pale complexions, dark rings under their eyes, and were underweight, indicating that they were malnourished.

One of the children told the police that Hackney had locked her in a closet for days at a time without food or water and made her wear a pull-up diaper as she was not allowed to use the bathroom, the ABC reported.

The child alleged her adoptive mother would spray her and her six siblings with pepper spray, spank them and force them to take ice baths. She allegedly would further punish them if they resisted, according to the criminal complaint filed.

The children also said that they were punished if they forgot their lines in play-like scenarios written by Hackney for her channel which featured the children in different roles.

The complaint file noted that the children have not been in school for a year.

While Hackney, who denied all the allegations, will have a preliminary hearing scheduled on March 26, her two adult sons were booked on seven counts each of failing to report child abuse.