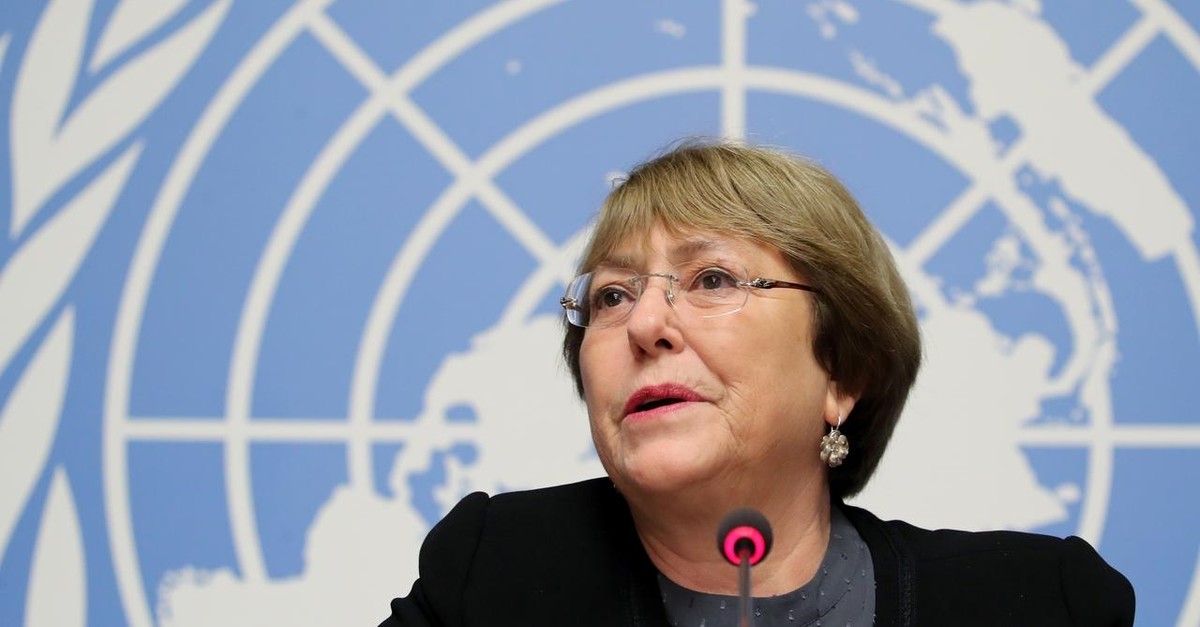 The U.N. human rights chief on Wednesday stepped up her criticism of U.S. sanctions against Venezuela's government, a day after President Donald Trump warned Washington could still impose "tougher" measures.

The country was plunged into a political crisis in January when Juan Guaido, head of the opposition-controlled congress, invoked the constitution to assume an interim presidency, arguing Nicolas Maduro's 2018 re-election was not legitimate.

Bachelet told the U.N. Human Rights Council that she had information, without elaborating, that the National Police's Special Actions Force (FAES) had executed 37 people in January in Caracas in illegal house raids in poor areas supporting the opposition.

"... my office documented numerous human rights violations and abuses by security forces and pro-government armed groups, including excessive use of force, killings, arbitrary detentions, torture and ill-treatment in detention, and threats and intimidation," she said.

Maduro, a socialist who says he is the victim of an attempted U.S.-led coup, retains the support of the armed forces and control of state functions.

U.S. President Donald Trump said on Tuesday that his administration had held in reserve what he called "the toughest of sanctions" to try to cut off revenues to Maduro.

In January, Trump imposed sanctions on state-owned oil company Petroleos de Venezuela PDVSA, the stiffest economic measure against Maduro and Venezuela to date. The United States is among countries that have recognized Guaido as the legitimate head of state.

However, Bachelet, a former president of Chile, said the latest U.S. sanctions on financial transfers linked to the sale of Venezuelan oil in the United States "may contribute to aggravating the economic crisis".

Venezuelan Ambassador Jorge Valero said that the real situation in the country had been "distorted by the baseless international media campaign".

Peaceful protests were allowed, but not acts of vandalism and criminality that were being "promoted by a violent portion of the opposition, whipped up by foreign funding", he said.

"The United States government has been pillaging our economic resources and denying Venezuela the possibility of acquiring the necessary food and medicines for our people," Valero said.

He denounced measures including the blocking of $7 billion in shares of PDVSA's U.S. subsidiary Citgo Petroleum Corp. in January.

Bachelet said that Venezuelan authorities had failed to acknowledge the extent and severity of a health and food crisis that has driven more than 3 million abroad since 2015.

A team of experts from her office is in the country assessing conditions, a "positive first step", Bachelet said.

"It is important that the team have completely unhindered access, with no reprisals against any person who has met, or sought to meet, with them," she added.