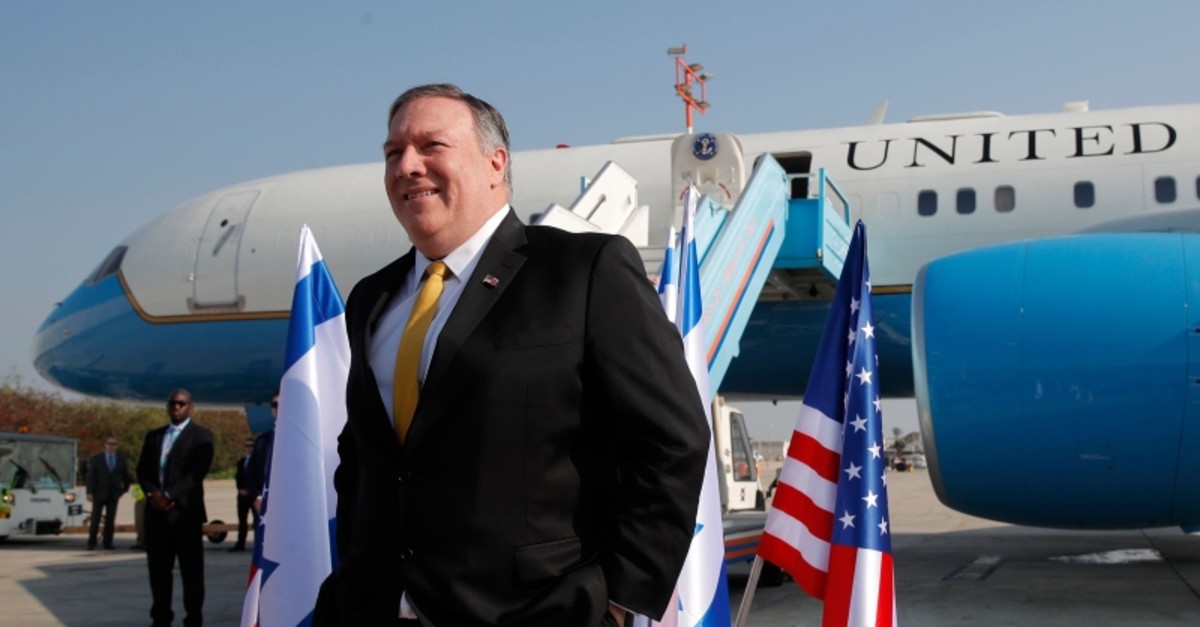 U.S. Secretary of State Mike Pompeo stands next to his airplane before boarding it to Beirut at Ben Gurion airport near Lod, Israel, Friday, March 22, 2019. (AP Photo)
by Compiled from Wire Services Mar 22, 2019 8:57 pm

Maybe the most controversial remark by an American official was made by U.S. Secretary of State Mike Pompeo on Friday. God may have sent Trump to save Israel, he claimed, representing the evangelical leanings of the administration.

"President Trump right now has been sort of raised for such a time as this, just like Queen Esther, to help save the Jewish people from the Iranian menace," he said.

"As a Christian, I certainly believe that's possible," the top diplomat added.

Since Trump's inauguration, the United States have taken more and more of a pro-Israel stance. Recognition of Jerusalem as Israel's capital, withdrawal from the Iran nuclear deal and reimposition of the sanctions, and the last nail in the coffin, Trump's heavily-worded statement on Israel's so-called "sovereignty" over illegally occupied Golan Heights have worsened the things even more for American near east policy.

In a tweet Thursday, Trump had declared: "After 52 years [since the war] it is time for the United States to fully recognize Israel's sovereignty over the Golan Heights, which is of critical strategic and security importance to the state of Israel and regional stability!"

And last November, the U.S. — for the first time — voted against an annual UN resolution condemning Israel's continued occupation of the Golan.

While 151 countries voted in support of the resolution, only Israel and the U.S. voted against it.