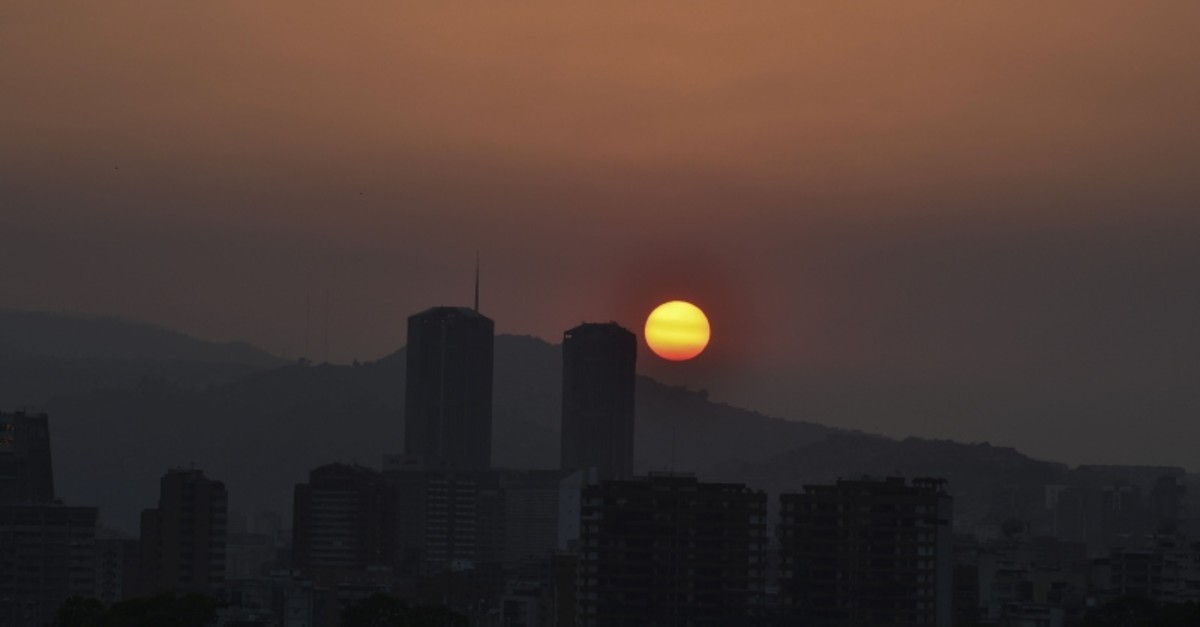 Venezuela canceled work and school on Tuesday as the second major blackout this month left streets mostly empty in Caracas and residents of the capital wondering how long power would be out amid a deepening economic and political crisis.

The outage began shortly after 1 p.m. (1700 GMT) on Monday and appeared to have affected as many as 16 of Venezuela's 23 states, according to reports on social media. Officials declared that power had been fully restored by early evening, but hours later the lights went out again in much of the country.

Communications Minister Jorge Rodriguez blamed the latest blackout on "an attack on the charging and transmission center" at the Guri dam, which supplies 80 percent of the power to the country of 30 million.

"What (last time) took days, now has been taken care of in just a few hours," Rodriguez said, saying the fix had been made in "record time."

"A macabre, perverse plan constructed in Washington and executed with factions of the extreme Venezuelan right," Vice President Delcy Rodriguez declared on state television, describing it as an "electromagnetic" assault.

Officials said the attack had been controlled, but their assurances, similar to ones the last time around, did little to assuage the anxiety of residents in Caracas who filled traffic-clogged streets as they walked home after subway service in the capital was suspended. A second outage struck late into the night, leaving neighborhoods pitch black.

Earlier, a local newspaper reported that the power was out at Venezuela's main international airport outside Caracas.

Netblocks, a non-government group based in Europe that monitors internet censorship, said the early afternoon outage had knocked offline around 57 percent of Venezuela's telecommunications infrastructure. The second failure left nearly 90 percent of the country offline, the organization said.

Western cities, including Maracaibo and Barquisimeto, both in the west of the South American country, as well as the central city of Valencia, had no power on Tuesday, according to witnesses.

Many people on Caracas' streets went to work because they did not know about the government's suspension of the workday, which was announced by the presidential press office in a 4 a.m. (0800 GMT) tweet.

"Not another blackout, no God, no," tweeted Flore Melero, a 29-year-old resident in the town of Ocumare del Tuy southeast of Caracas.

"Sitting in the office, without power but with a generator, wondering 'How long will this new blackout last?' 'Do I have enough water at home?' 'What about the meat and chicken in the freezer?'" tweeted a Caracas resident, Andres Betancourt.

Their comments summed up the panic and concerns that have lingered since the last blackout, which started March 7 and lasted a week.

During that blackout, more than a dozen patients in hospitals died, public transport came to a halt, production slowed in the vital oil sector and water supplies were interrupted, forcing citizens to turn to sewage outflows and polluted water sources.

The Trump administration, which has made no secret of its desire to remove President Nicolas Maduro, has denied any role in the outages.

Also Monday, the rift between Russia and the United States over how to resolve the crisis in Venezuela widened following the arrival of Russian military personnel to support Maduro.

In a telephone call, U.S. Secretary of State Mike Pompeo told Russian Foreign Minister Sergei Lavrov that "the United States and regional countries will not stand idly by as Russia exacerbates tensions in Venezuela," the State Department said. Pompeo said "the continued insertion of Russian military personnel" in Venezuela could prolong the country's problems and urged Russia "to cease its unconstructive behavior."

Lavrov countered during the call that "Washington's attempts to organize a coup in Venezuela and the threats directed against its legitimate government represent a violation of the U.N Charter and blunt interference into internal affairs of a sovereign nation," according to the Russian foreign ministry.