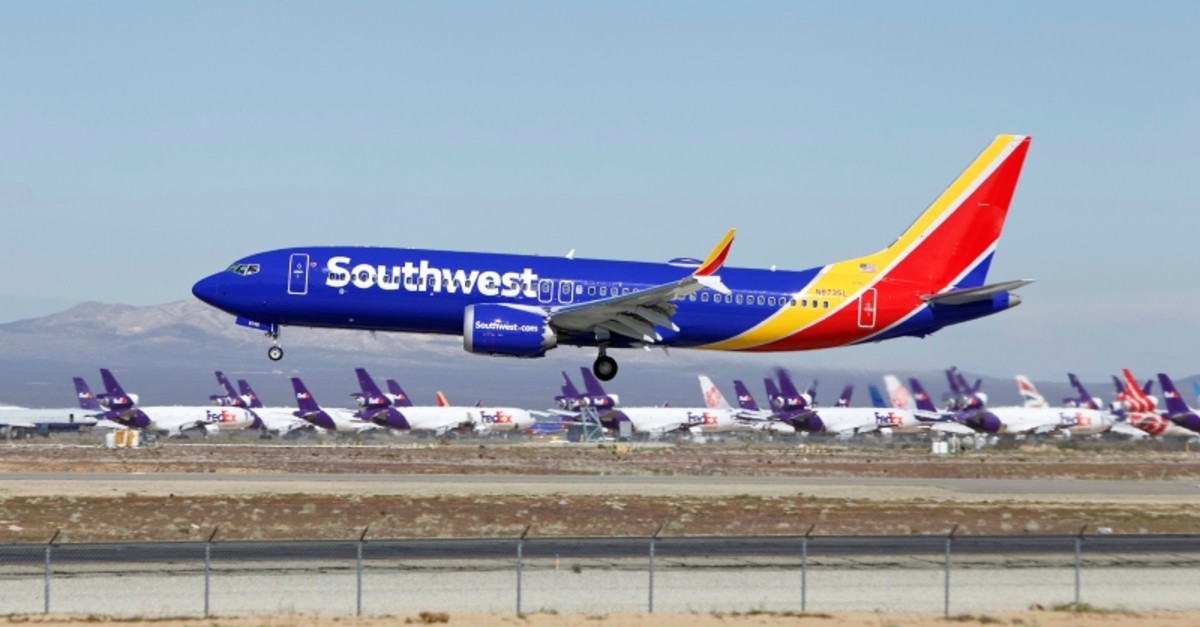 In this Saturday, March 23, 2019, photo, a Southwest Airlines Boeing 737 Max aircraft lands at the Southern California Logistics Airport in the high desert town of Victorville, Calif. (AP Photo)
by Compiled from Wire Services Mar 27, 2019 12:33 am

A Boeing 737 MAX aircraft operated by Southwest Airlines made an emergency landing Tuesday after experiencing an engine problem as it was being ferried from Florida to California, the U.S. Federal Aviation Administration (FAA) said.

The crew declared an emergency after taking off from Orlando International Airport and landed the plane safely. No passengers were on board. The aircraft was being ferried to Victorville, California, where Southwest is storing the airplanes.

It was the latest setback for Boeing's flagship narrow-body plane following October's Lion Air crash and the Ethiopian Airlines accident earlier this month, which together killed 346 people. The accidents, which shared similarities, led authorities across the world to ground the aircraft.

The 737 Max was grounded in the U.S. on March 13 after a deadly crash involving a Max on March 10. It was the second fatal crash involving the airplane. U.S. airlines are allowed to shuttle the planes but cannot carry passengers. The FAA says it's investigating but it appears the emergency was not related to anti-stall software suspected in the two fatal crashes.

Boeing has since conducted test flights of its 737 MAX to evaluate a fix for the MCAS stall prevention system targeted as a potential cause of the deadly crashes, two sources familiar with the matter said. The system has been criticized since it can malfunction and make it difficult for pilots to control the aircraft. Both of the recent crashes occurred moments after takeoff.

The latest failure happened before Boeing scheduled a briefing Wednesday for about 200 pilots and airline representatives in Renton, Washington, home of its 737 assembly complex. Meanwhile in Washington D.C., a U.S. Senate panel was scheduled to question the acting head of FAA, the Transportation Department's inspector general and the head of the National Transportation Safety Board about how thoroughly the 737 MAX's automated flight control system was tested, and what will be done to assure that any fixes work.