Woman who sheltered Snowden in Hong Kong given asylum in Canada 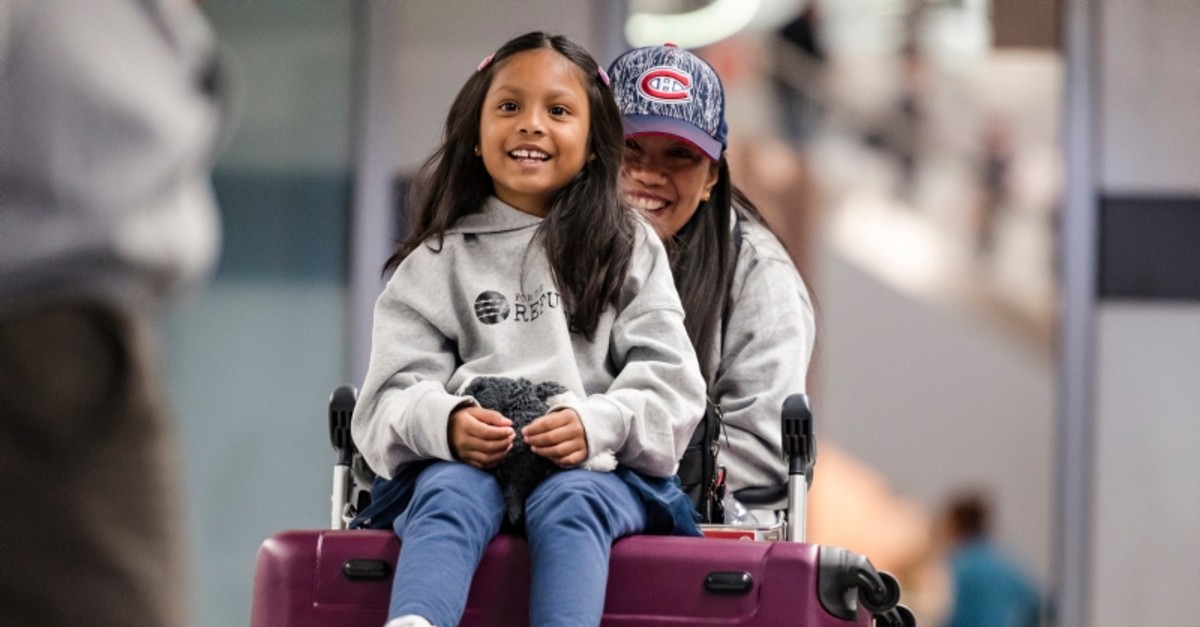 A woman who helped Edward Snowden hide in Hong Kong after his leaks exposed U.S. global surveillance programs arrived Monday in Canada with her daughter, where they were granted asylum.

"Now me and Keana are permanent residents in Canada. Now we are safe and free. I'm so grateful," Vanessa Rodel, 42, told reporters at Toronto airport, accompanied by her seven-year-old daughter Keana.

On Tuesday, they are set to travel to Montreal, where they will settle as refugees sponsored by the non-governmental group For the Refugees.

Rodel was among a group of people who sheltered Snowden, a former CIA employee and U.S. National Security Agency (NSA) contractor, putting him up in her apartment in 2013 while he was in Hong Kong on the run from U.S. authorities.

His leaks of highly classified documents revealed the existence of global surveillance programs run by the NSA in cooperation with partners Australia, Britain and Canada.

Snowden, who now lives in Russia, was charged in June 2013 in the U.S. with espionage and stealing state secrets.

Canada granted Rodel, a Philippines national, and her daughter asylum in January but it was kept secret for security reasons, according to For the Refugees.

"They opened their doors to me," Snowden told Radio-Canada about the people who sheltered him. "They knew what it was like to be hunted, to be chased, to be retaliated against."

In a tweet in French, he gave "thanks to all who, in Canada and across the world, made this possible. After so many years, the first of the families who helped me is free, and has a future."

"But the work is not over. With solidarity and compassion, Canada can save all of them," he added.

Five other people who helped Snowden have also requested asylum but remain in Hong Kong awaiting a response, according to the daily National Post.

Canadian Prime Minister Justin Trudeau declined to comment, saying it would be inappropriate to do so in "a situation regarding a specific case."

But Foreign Minister Chrystia Freeland implicitly confirmed the report, telling reporters she had not personally intervened in the process.

Asked during a Washington visit whether the granting of asylum might harm U.S.-Canadian relations, Freeland told reporters that Ottawa based its decision on case-by-case considerations, not "geopolitical relations."

A spokesperson for Canada's immigration ministry also declined to comment except to say that in "exceptional circumstances" requests for asylum can be accelerated.

Radio Canada said Rodel was under pressure from Hong Kong authorities and faced a risk of deportation to the Philippines.