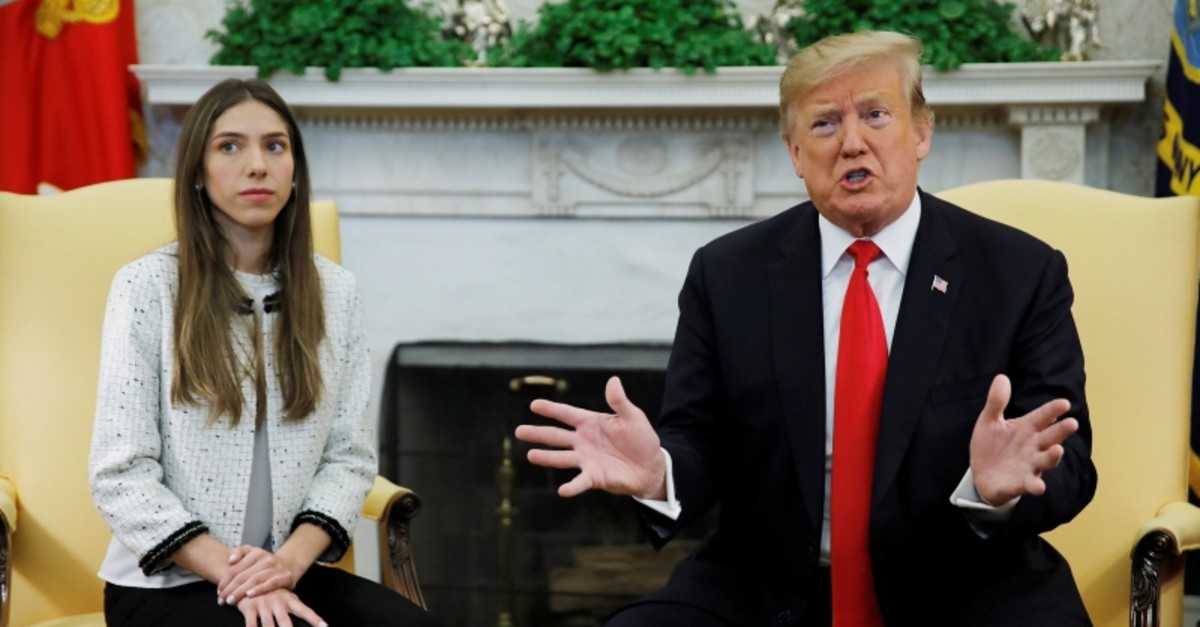 "Russia has to get out," Trump told reporters during a meeting with Fabiana Rosales, the wife of Venezuelan opposition leader Juan Guaido. Asked how that could be accomplished, Trump said: "We'll see. All options are open."

Rosales was given a high-profile reception in the Trump administration's latest bid to boost Guaido, who is under severe pressure from Moscow-backed Maduro. On Thursday, she will meet with U.S. First Lady Melania Trump in Florida.

Trump said "all options are on the table" when asked by journalists if the United States was considering military action to back up a major campaign of economic sanctions aimed at crippling the Maduro government's finances.

"Other than military you can't get any more pressure than they have ... All options are open."

Earlier, Rosales met separately with Vice President Mike Pence, who plays a major role in the administration's aggressive stand against Maduro, and also called out Russia.

He said "the United States views Russia's arrival of military planes this weekend as an unwelcome provocation and we call on Russia today to cease all support for the Maduro regime."

"Guaido is the only legitimate president of Venezuela. Venezuela is in crisis after years of dictatorship and oppression," Pence said.