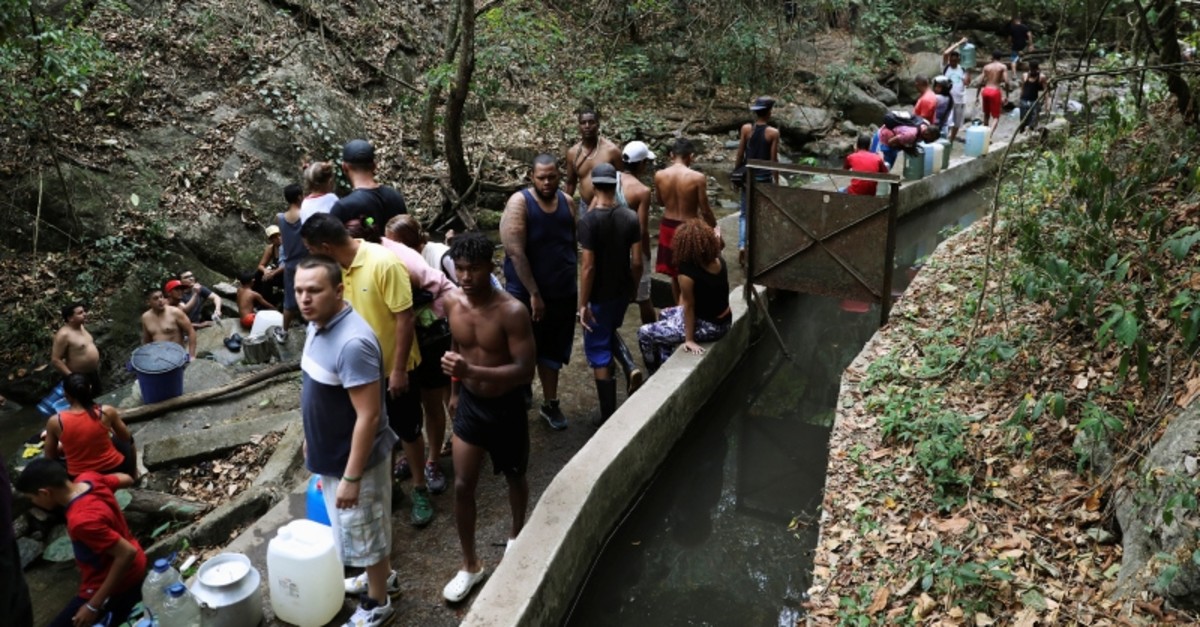 Venezuela's government announced Sunday that it is reducing the length of the workday and keeping schools closed, due to devastating electricity blackouts plaguing the country.

"To achieve consistency in the provision of electricity, the Bolivarian government decided to maintain the suspension of school activities and establish a workday until 2 p.m. in public and private institutions," Communications Minister Jorge Rodriguez said on state television.

Power went out across Venezuela on Sunday, just as it did on Saturday, and the day before that.

But while some electricity had returned by Sunday afternoon, jittery Venezuelans weren't so much celebrating the lights coming on as wondering when the next outages would flick them off.

"No one can put up with this. We spend almost all day without electricity," said Karina Camacho, a 56-year-old housewife who was about to buy a chicken when electronic payment machines stopped working. "There's been no water since (last) Monday, you can't call by phone, we can't pay with cards or even eat."

The ongoing blackouts now mark another point of tension in a country paralyzed by political and economic turmoil, compounding a humanitarian crisis and deepening a prolonged standoff between two political parties vying for power.

President Nicolas Maduro alleges U.S.-led sabotage is the cause of the power outages, citing "imperial aggression." On Twitter, he encouraged supporters to refer to a bulletin which explained the electrical failure as a result of an international effort to have Venezuela considered a "failed" state.

The United States and dozens of other countries support opposition leader Juan Guaido, who declared himself interim leader in January. The U.S. has imposed oil sanctions and other economic penalties on Venezuela in an attempt to force Maduro out of power, but he has yet to show signs of backing down. Turkey, Russia and China support Maduro and have condemned undemocratic means to end Maduro's term.

The latest outage comes just weeks after Venezuela experienced nationwide blackouts on March 7 which shut down schools, offices and factories and paralyzed nearly every part of the once oil-rich country of 31 million.