Trump mistakenly says his father was born in Germany 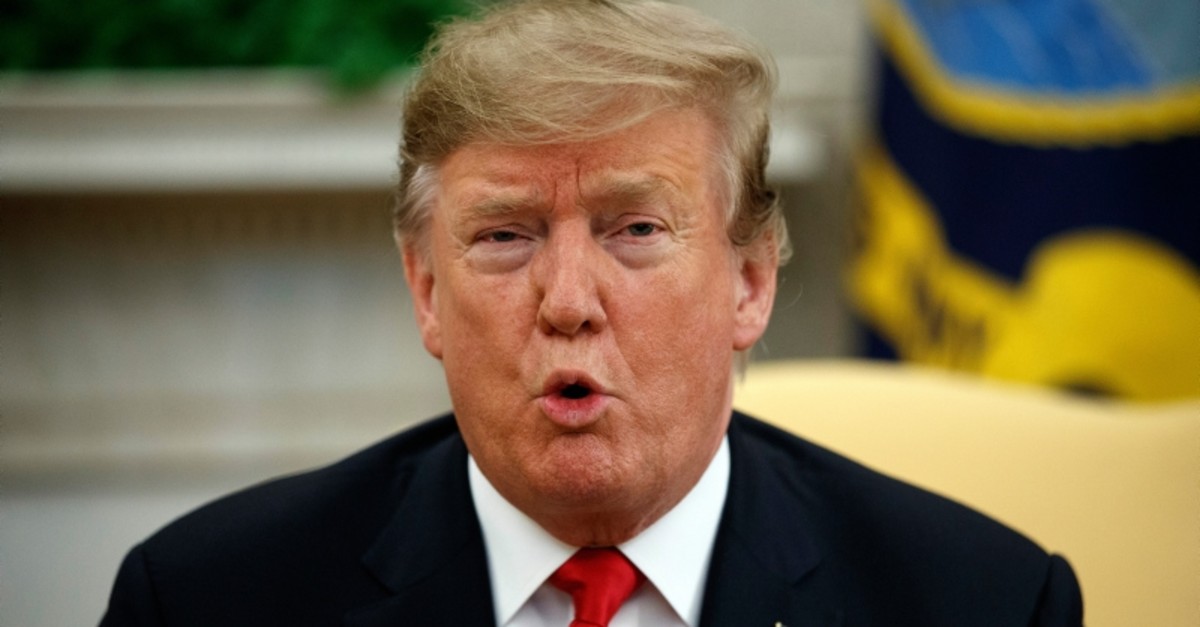 President Donald Trump speaks during a meeting with NATO Secretary General Jens Stoltenberg in the Oval Office of the White House, Tuesday, April 2, 2019, in Washington. (AP Photo)
by Associated Press Apr 03, 2019 12:00 am

U.S. President Donald Trump on Tuesday confused his father and grandfather about his German ancestry and mistakenly said his father, Fred Trump, was born in Germany, who is in fact born in New York City.

Meeting Tuesday with NATO's secretary general, Trump reached back into his family history — and missed — as he made the point that Germany should be spending more on its own military budget, to relieve pressure on NATO partners.

Friedrich Trump immigrated to the U.S. in 1885 at the age of 16, arriving in New York before moving to the western parts of the U.S.