In rebuke to Trump, US Congress votes to end US involvement in Yemen war 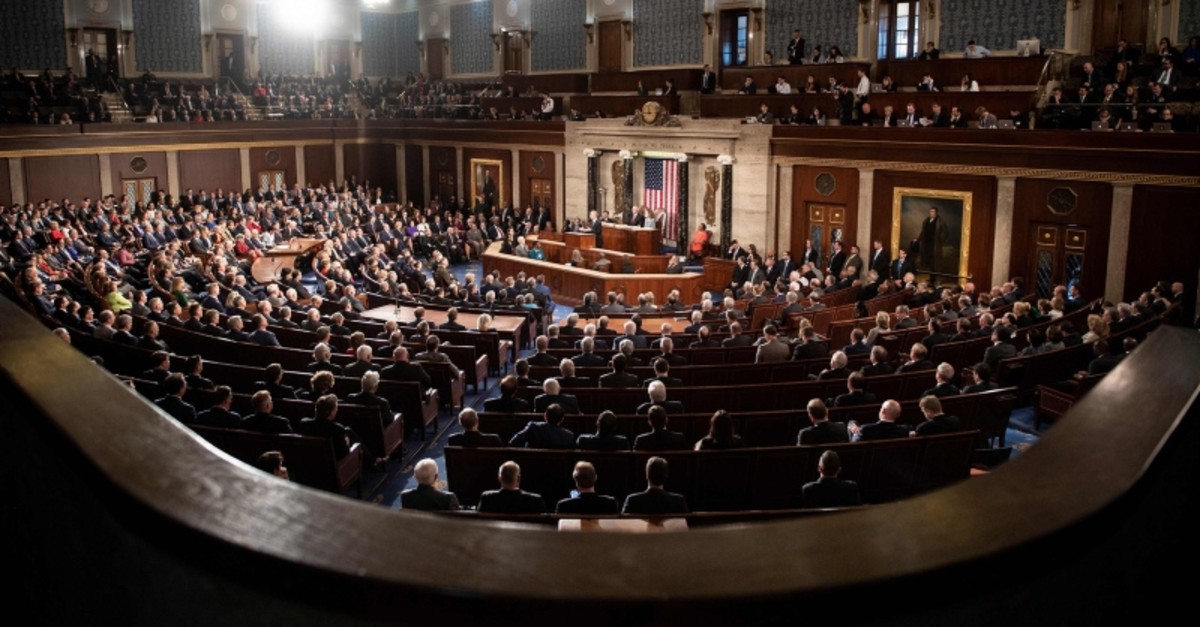 The U.S. House of Representatives approved a resolution on Thursday to end U.S. support for the Saudi Arabia-led coalition in the war in Yemen, rebuffing President Donald Trump's policy toward the kingdom.

The bill now heads to the desk of Trump, who is expected to veto it. The White House says the bill raises "serious constitutional concerns," and Congress lacks the votes to override him.

By a 247-175 vote, Congress for the first time invoked the decadesold War Powers Resolution to try and stop a foreign conflict.

"The president will have to face the reality that Congress is no longer going to ignore its constitutional obligations when it comes to foreign policy," said Democratic Rep. Eliot Engel of New York, chairman of the House Foreign Affairs Committee. He said the humanitarian crisis in Yemen triggered by the war "demands moral leadership."

The war is in its fifth year. Thousands of people have been killed and millions are on the brink of starvation. The United Nations has called the situation in Yemen the world's worst humanitarian crisis.

The top Republican on the committee, Rep. Michael McCaul of Texas, acknowledged the dire situation in Yemen for civilians, but spoke out in opposition to the bill, saying it was an abuse of the War Powers Resolution.

"This radical interpretation has implications far beyond Saudi Arabia," McCaul said. He warned that the measure could "disrupt U.S. security cooperation agreements with more than 100 counties."

Opposition to the Saudi-led war in Yemen gathered support last year in the aftermath of the killing of U.S.-based journalist Jamal Khashoggi. The Washington Post columnist was killed in October by agents of the kingdom, a close U.S. partner, while he was in the Saudi Consulate in Istanbul. U.S. intelligence agencies and lawmakers believe that Saudi Crown Prince Mohammed bin Salman ordered the murder of Khashoggi, who had written articles critical of the kingdom.

Lawmakers from both parties have scrutinized U.S.-Saudi ties and criticized Trump for not condemning Saudi Arabia strongly enough.

The U.S. is, by far, the largest supplier of weapons to Saudi Arabia and the United Arab Emirates (UAE), and its support for the coalition has been crucial to the war in Yemen. According to the U.S. Department of Defense, transferring military equipment to third parties breaks the terms of the Saudi-led coalition's arms deals with the U.S. Following the report, a U.S. defense official confirmed that an investigation into the issue was ongoing.

Saudi Crown Prince Mohammed bin Salman, previously the former Saudi defense minister, and Saudi Arabia's allies launched Operation Decisive Storm in March 2015. The ongoing war has resulted in the worst humanitarian crisis in the world, with an estimated 24 million people, close to 80 percent of the population, in need of assistance and protection in Yemen, according to the U.N. The World Health Organization (WHO) says some 10,000 people have been killed since the coalition intervened in 2015, but rights groups state the death toll could be five times as high.

Many atrocities have been reported so far, which reveals multiple violations of human rights. Saudi airstrikes have hit markets and hospitals, killing civilians. The coalition led by Saudi Arabia and the UAE has been using weapons produced in Europe and the U.S. to kill and wound hundreds of civilians in Yemen, according to a report released by a Yemen-based human rights group last month. In the report entitled, "Day of Judgment: The Role of the U.S. and Europe in Civilian Death, Destruction, and Trauma in Yemen," some 27 unlawful coalition attacks from April 2015 to April 2018 were documented. During the attacks, 203 civilians were reportedly killed and at least 749 injured.