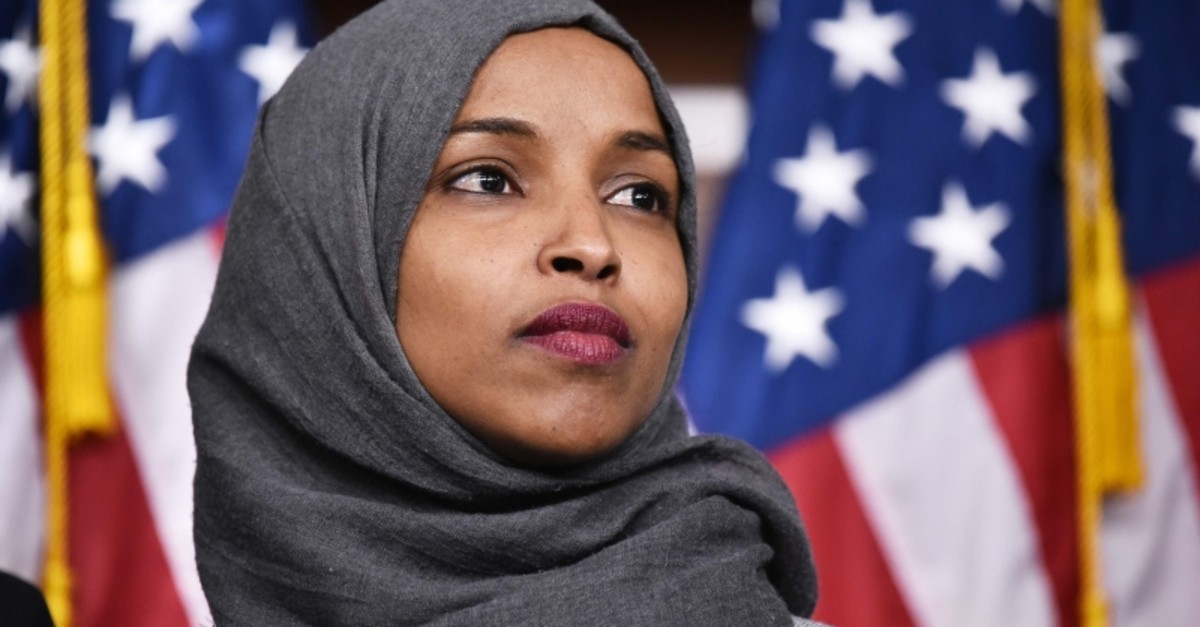 A 55-year-old New York man has been arrested and charged with threatening to murder Democratic Representative Ilhan Omar, a freshman U.S. Congress member from Minnesota who is a Muslim, federal prosecutors said.

Patrick Carlineo Jr. of Addison, New York, faces up to 10 years in prison and a $250,000 fine if convicted, the U.S. Department of Justice said on Friday in a statement.

According to prosecutors, Carlineo spoke by telephone with one of Omar's staff members on March 21 and asked the employee: "Do you work for the Muslim Brotherhood? Why are you working for her, she's a (expletive) terrorist. I'll put a bullet in her (expletive) skull."

The threat was referred to the U.S. Capitol Police who launched a probe in coordination with the Federal Bureau of Investigation, the Justice Department said.

Carlineo made an initial court appearance on Friday and is being held pending a detention hearing on April 10.

Spokespeople for Omar, one of the two first Muslim women elected to Congress, did not immediately respond to a request for comment.

Omar, a Democratic congresswoman representing Minnesota's 5th district, is one of the first two Muslim lawmakers to be elected into U.S. Congress.

She has received multiple threats to her life and safety, a part of the ongoing criticisms and attacks she has faced since she made comments criticizing Israel, which some saw as "anti-Semitic".

Carlineo had made an initial appearance before a judge on Friday, and is currently being held until a hearing next Wednesday, according to the Elmira Star Gazette, a New York newspaper.

"I want to talk about the political influence in this country that says it is OK for people to push for allegiance to a foreign country," Omar said at a progressive town hall meeting earlier this month, referring to Israel.

The remarks received widespread and bipartisan backlash, with some in Congress labeling them as anti-Semitic.

Omar apologized for similar comments made before, but this time she doubled down, saying she has "not mischaracterized our relationship with Israel. I have questioned it, and that has been clear from my end.

Earlier in the week, the news website The Blast reported that a bomb threat was made at a hotel Omar was scheduled to speak at for a banquet for Muslim Americans in Los Angeles.