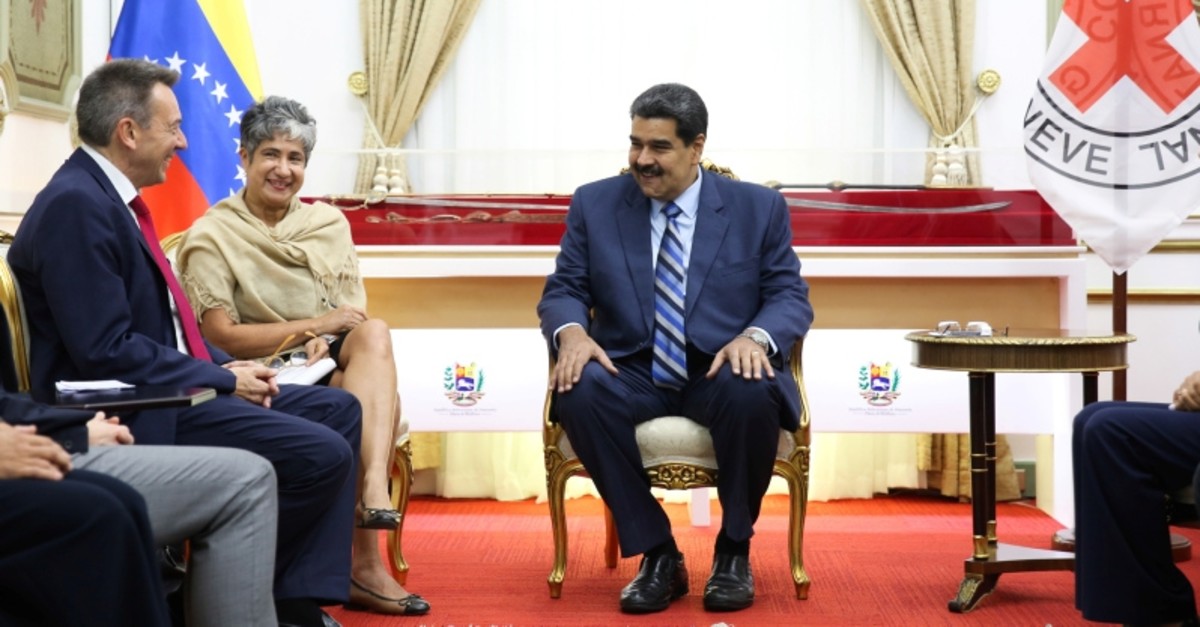 Venezuelan President Nicolas Maduro said on Tuesday the country was ready to receive international aid following a meeting in Caracas with the global Red Cross chief.

"We confirm our readiness to establish cooperation mechanisms for international assistance and support," Maduro wrote on Twitter.

The president, who denies that the current situation in Venezuela can be described as a humanitarian crisis, reiterated after the meeting that collaboration with the International Committee of the Red Cross (ICRC) should respect "the Venezuelan legal order."

An ICRC delegation led by its president Peter Maurer has been in the South American country since Saturday and is due to finish its visit on Wednesday.

The ICRC said last Friday in a statement it was "concerned by the serious impact that the current situation has on Venezuelans, especially those who do not have access to basic services."

Venezuela has been plunged into a deep political crisis, with opposition leader Juan Guaido proclaiming himself acting president in January.

He has since been recognized by more than 50 countries, including the United States, which wants Nicolas Maduro to step down.

With its crude exports collapsing and international sanctions piling up, Venezuela's oil economy has crumbled. Malnutrition and disease are on the rise as living conditions plummet.

Maduro blames the country's problems on US sanctions, while Guaido says they are down to corruption and poor governance.

According to the United Nations, nearly a quarter of the 30 million Venezuelans need urgent help.

A UN report said 3.7 million people are malnourished, and at least 22 percent of children under five suffer from chronic malnutrition.