Trump ramps up pressure on Cuba in Latin America offensive 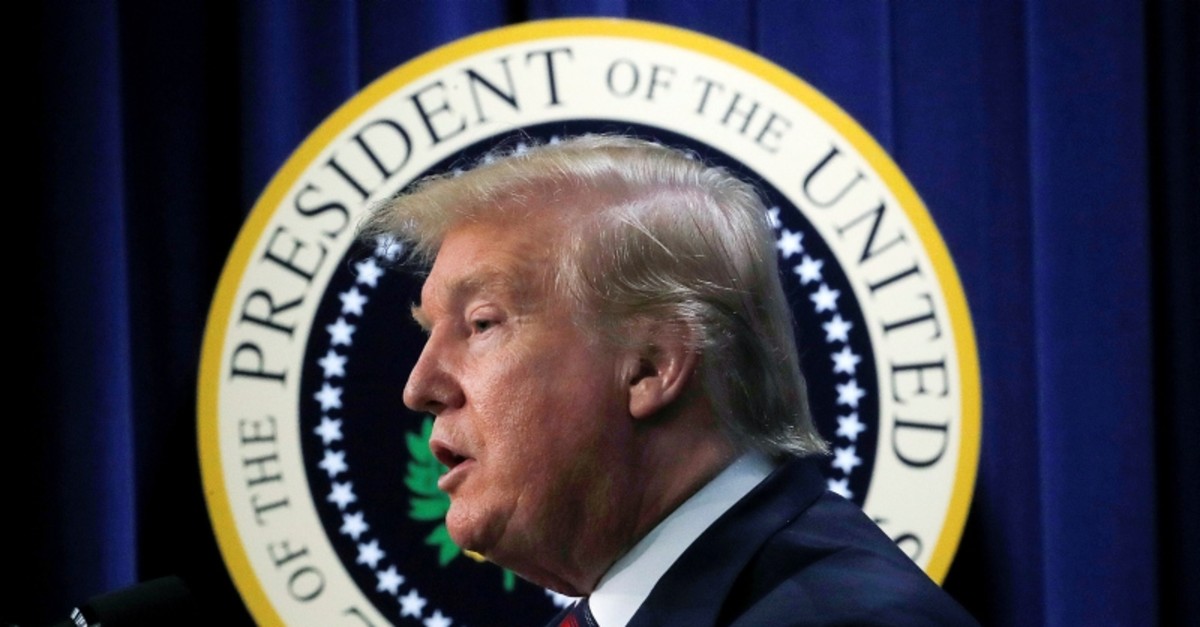 U.S. President Donald Trump on Wednesday ramped up pressure on Cuba with new restrictions on US travel and remittances and a green light to lawsuits over seized property as he vowed to rid Latin America of leftists.

Defying European warnings on the long-festering property issue, Trump rolled back much of previous president Barack Obama's bid to reconcile with Cuba and also slapped fresh sanctions on Venezuela and Nicaragua, the two other hard-left nations in Latin America.

John Bolton, Trump's hawkish national security advisor, said the measures were meant to "reverse the consequences of disastrous Obama-era policies and finally end the glamorization of socialism and communism."

"We're standing with the freedom-loving patriots of this region," Bolton said in Miami as he addressed veterans of the Bay of Pigs invasion, the failed CIA-backed 1961 bid by exiles to topple the Cuban regime.

Bolton said the United States would bar Americans from traveling to Cuba except to visit family, reversing the loosening under Obama that had started to open the cash-strapped island to US tourism.

Bolton also announced curbs on remittances, pledging: "These new measures will help steer American dollars away from the Cuban regime."

The hard-hitting speech came hours after Secretary of State Mike Pompeo said the United States would forge ahead with a long-delayed law that allows Cuban Americans to take businesses and the Havana government itself to court over properties seized after Fidel Castro's 1959 revolution.

Passed by Congress in 1996 with support from Cuban American hardliners, the provision of the Helms-Burton Act will finally go into effect on May 2 after being systematically suspended every six months by successive presidents.

"Those doing business in Cuba should fully investigate whether they are connected to property stolen in service of a failed communist experiment," Pompeo told reporters in Washington.

"I encourage our friends and allies alike to follow our lead and stand with the Cuban people," he said.

But the European Union and Canada, whose vigorous protests helped block the Helms-Burton Act from coming into force two decades ago, swiftly condemned the move.

In a letter to Pompeo ahead of the announcement that was seen by AFP, Mogherini and Malmstrom warned that the European Union "will be obliged to use all means at its disposal" and warned of action at the World Trade Organization.

Cuban Foreign Minister Bruno Rodriguez denounced the decision on Twitter as "an attack against International Law and the sovereignty of #Cuba & third States."

Kimberly Breier, the top US diplomat for Latin America, said the United States would not issue any exemptions to the new law, as it has in previous controversial decisions such as its sanctions on Iran.

But Breier said businesses would only be affected if they operated in properties seized from Cubans who have emigrated to the United States.

"I think the vast number of European companies will not have any concerns operating in Cuba," she said.

But the costs -- and hours in Florida's courts -- could still be overwhelming. The Justice Department in 1996 took note of 6,000 potential claims that reach $1.9 billion, but a US official said the number could be as high as 200,000.

The decisions mark a sharp reversal from the policies of Obama, who normalized relations with Cuba through secret diplomacy aided by the Vatican, declaring that a half-century of efforts to topple the regime had failed.

Ahead of elections next year, Trump has increasingly tried to cast himself as a foe of socialism and tried to link the US Democratic Party, with its support of higher minimum wages and wider health care access, to Venezuela's crumbling economy.

In the latest action to topple Venezuela's leftist President Nicolas Maduro by cutting off his cash flow, the Treasury Department slapped sanctions on the central bank and its director.

It also said it would freeze any US assets of Laureano Ortega Murillo, the son of Nicaragua's leftist leader Daniel Ortega and Vice President Rosario Murillo, accusing him of corruption in the long-running Grand Canal project.

Ben Rhodes, a top Obama aide who was instrumental in the Cuba rapprochement, quipped that Trump's Cuba policy "will be as successful as the Bay of Pigs invasion."

"Soon enough, Trump will no longer be President, and the inevitable direction is more engagement, more travel, and more connection between Americans and Cubans," Rhodes tweeted.

Representative Eliot Engel, the Democrat who heads the House Foreign Affairs Committee, called the decision on property lawsuits a "self-inflicted wound" that would isolate the United States just as it was working with allies on Venezuela.

"The losers in the latest round of Donald Trump's cowboy diplomacy will be the American people who will suffer the real-life consequences of retaliatory trade measures," he said in a statement.