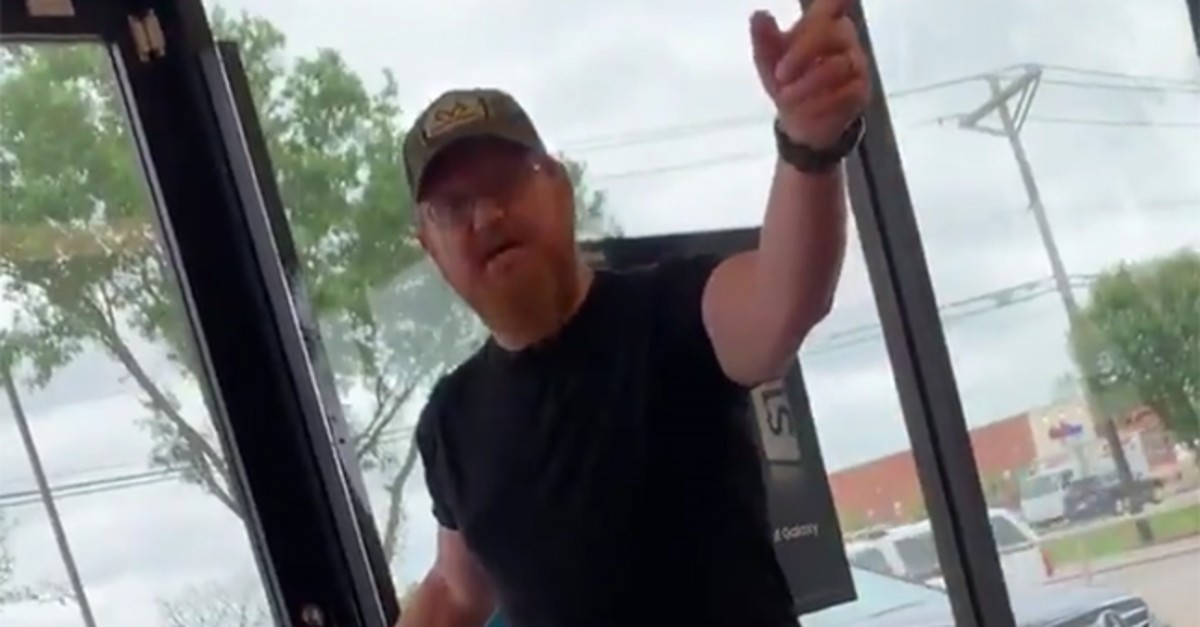 A man in the state of Texas was arrested after entering a store and going on a racist tirade, verbally attacking a Muslim worker by calling him a "f***ing Arab."

When the man, who was identified as Joey Christian, walked up to the counter and confronted an employee and asked him what his name was, the employee said his name was "Mo".

"What the f*** kind of name is that?" Christian asked in response. "What is your actual real name? Mo what?"

"It's Mohammad," the employee said.

Christian, 38, then proceeded to walk away from the counter, appearing visually frustrated and saying "F***ing Arab. Goddamn f***ing Arabs."

A woman that was recording the encounter Tuesday confronted the man, to which he responded, "You know what? I really don't give a f*** what some b***h has to say."

"I really don't give a sh*t about some goddamn Arab that I've been killing their goddamn kind for f***ing six months," Christian said. "Actually two years. Six months in the last country I was in."

"People like this are the reason our country's going what it's going to," Christian went on. "Because I've been killing his kind for longer than you've probably been alive."

"His kind, I've been killing for almost 20 years," he added.

The end of the video shows Christian walking outside and being confronted by a police officer.

He was arrested for public intoxication, abusive language and disorderly conduct, according to a Friendswood Police report.

"Shoutout to the lady that recorded this, called the cops on this man and got him arrested," the employee said on Twitter.

Christian was previously arrested the week before for driving while intoxicated.