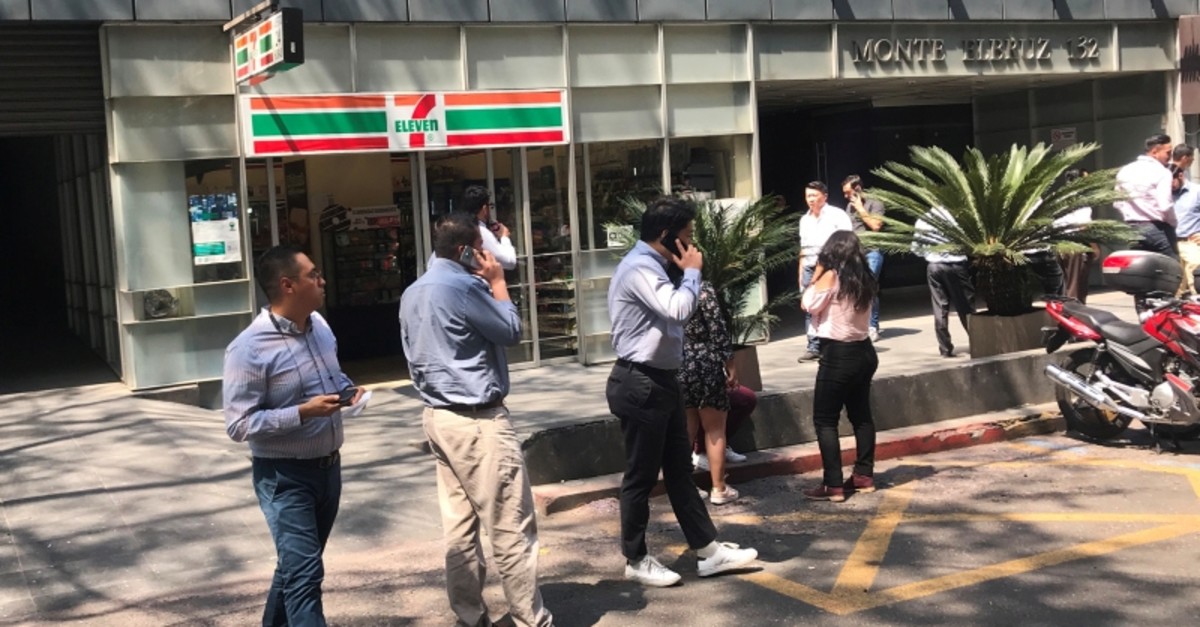 A magnitude 5.4 earthquake in southern Mexico caused tall buildings to sway in the Mexican capital Monday, prompting hundreds of office workers to briefly evacuate along a central avenue. There were no initial reports of damage or injury.

The U.S. Geological Survey said the quake's epicenter was in southern Mexico near the border between Oaxaca and Guerrero states, more than 250 miles (400 kilometers) from the capital. It struck at a depth of about 11 miles (18 kilometers).

Mexico City is built on a former lakebed, meaning earthquakes even far away are often felt strongly in the capital. City authorities said Monday's quake was not severe enough to merit activation of emergency loudspeakers and cellphone alerts.

About an hour before the tremor, an earthquake of magnitude 4.3 also rattled Muğla's Ula district in southwestern Turkey.

The Disaster and Emergency Management Authority (AFAD) said the quake hit at 10:36 p.m. (EET), and struck at a shallow depth of around 6.9 km. No damage or injuries have been reported.

Meanwhile, a strong 6.1 magnitude earthquake killed three people and trapped several others early Monday in a collapsed building that housed a supermarket in northern Philippines, where an international airport terminal was closed due to damage.

The U.S. Geological Survey's preliminary estimate is that more than 49 million people were exposed to some shaking from the earthquake, with more than 14 million people likely to feel moderate shaking or more.