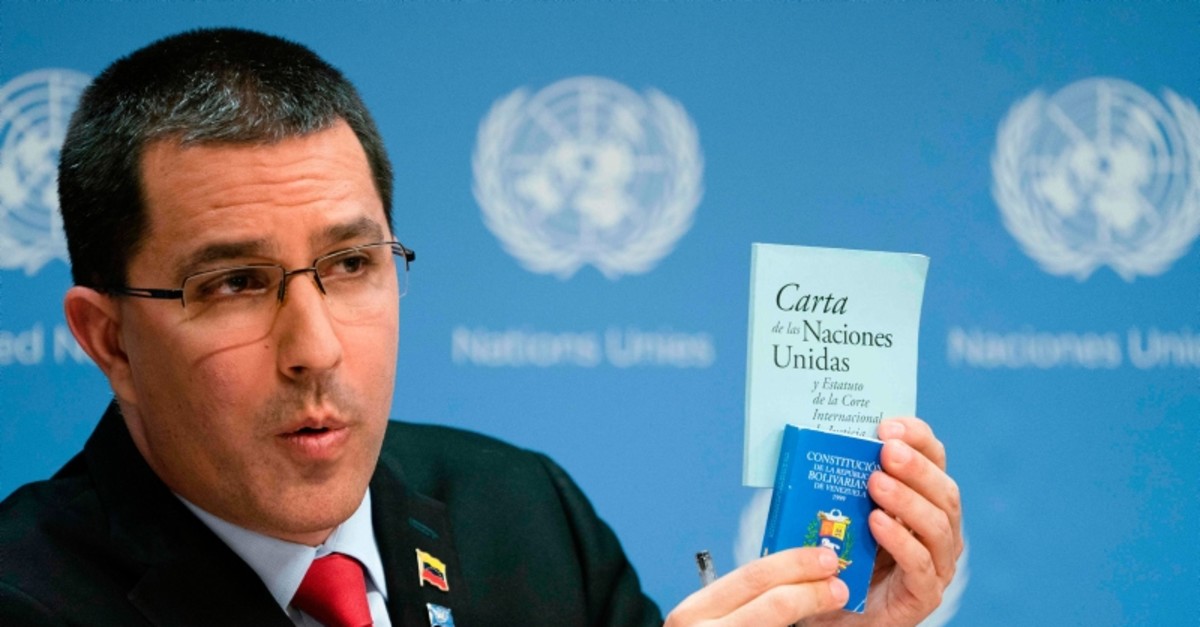 Jorge Arreaza, Minister of the People's Power for Foreign Affairs of the Bolivarian Republic of Venezuela speaks at a news conference at the United Nations in New York on April 25, 2019 (AFP Photo)
by Apr 26, 2019 6:39 pm

The U.S. Treasury Department on Friday imposed sanctions on Venezuela's foreign minister and a Venezuelan judge, according to a statement on the department's website.

Foreign Minister Jorge Arreaza and a judge, Carol Padilla, were targeted over the ongoing crisis in Venezuela, the Treasury Department said, the latest in a list of officials blacklisted by U.S. authorities for their role in President Nicolas Maduro's government.

The move is aimed at increasing pressure on Maduro and senior officials in his government, which has been widely criticized for economic collapse and undermining democracy.

Washington has recognized the Venezuelan opposition leader Juan Guaido as the South American nation's interim president and has asked Maduro, a socialist in power since 2013, to step down.

"The United States will not stand by and watch as the illegitimate Maduro regime starves the Venezuelan people of their wealth, humanity, and right to democracy," Treasury Secretary Steven Mnuchin said in a statement.

"Treasury will continue to target corrupt Maduro insiders, including those tasked with conducting diplomacy and carrying out justice on behalf of this illegitimate regime."