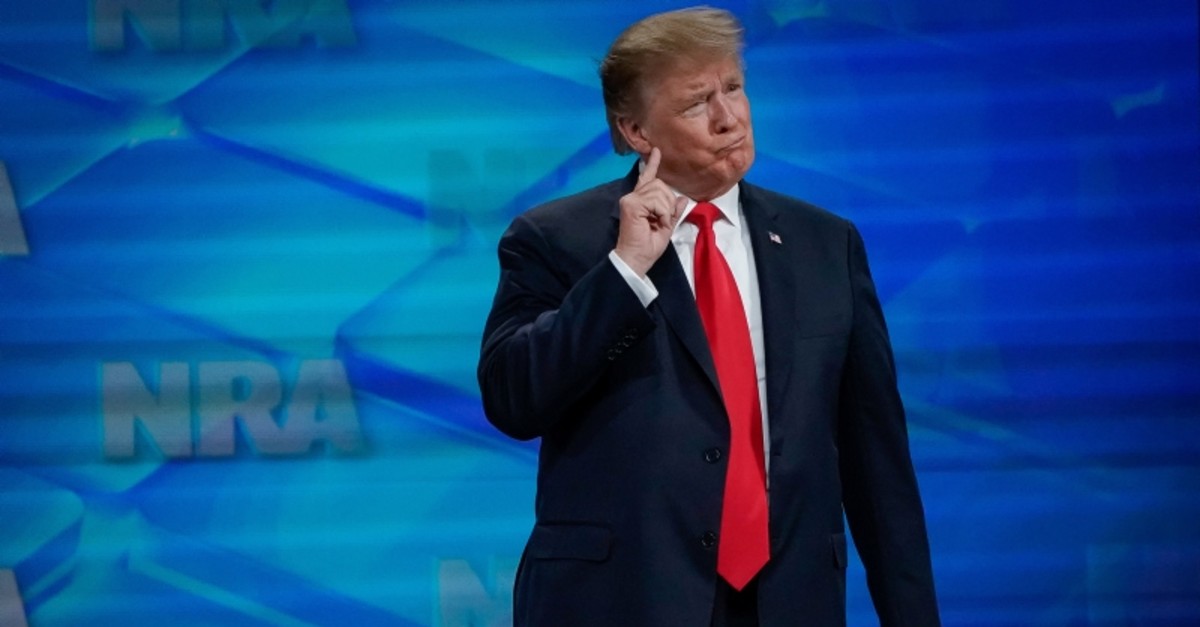 After just over 800 days in office, President Donald Trump has made more than 10,000 "false or misleading claims," according to a tally released Monday by the Washington Post.

The count, kept by the newspaper's "Fact Checker" database, was started in the Republican leader's first 100 days in office in early 2017. At the time, Trump averaged just five false claims a day. In the past seven months, that total has risen to an average of nearly 23 every day, made at rallies, on Twitter, in speeches or in encounters with the media.

During his "Make America Great Again" rallies, Trump has taken the most liberties with the truth, the Post said: 22 percent of his erroneous comments are made at rallies of his dedicated supporters.

Another notable element of these claims is that the former reality television star -- who frequently rails against the "fake news" media -- has a tendency to repeat the same false formulas again and again.

The Post said the president passed the 10,000-untruth mark on Friday, a day before he appeared before a crowd in Green Bay, Wisconsin to make the claim that pro-abortion Democrats support the execution of babies who have already been born.

"The baby is born," he told his fans. "The mother meets with the doctor. They wrap the baby beautifully. And then the doctor and the mother determine whether or not they will execute the baby."

As well as denouncing the media as "enemies of the people," Trump also lashed out at fact checkers themselves earlier this year, calling them "some of the most dishonest people in the media."