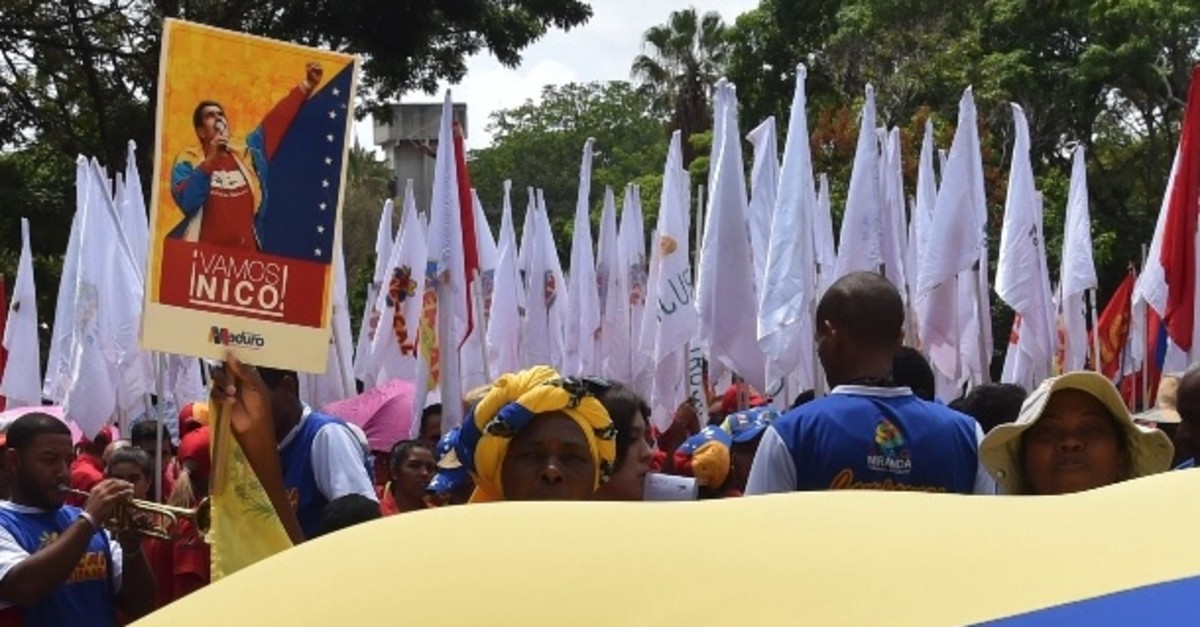 Supporters of Venezuelan President Nicolas Maduro take part in a demonstration in Caracas, April 27, 2019.
by Compiled from Wire Services Apr 29, 2019 12:09 am

The government of Venezuelan President Nicolás Maduro on Saturday staged a rally to celebrate its split with a key regional forum, the Organization of American States (OAS).

Supporters of Maduro attended the demonstration in the Venezuelan capital to denounce the 35-member OAS, whose council voted this month to recognize an envoy selected by opposition leader Juan Guaidó. A minority of countries voted against the resolution.

In 2017, Maduro started a two-year process to abandon the OAS, but Guaidó this year asked the group to ignore the socialist leader and instead designate Gustavo Tarre as his own envoy. The U.S. and most other OAS member states recognize Guaidó as Venezuela's interim president, saying Maduro wasn't legitimately re-elected last year. Maduro says the OAS is violating Venezuela's sovereignty. Also Saturday, ambassadors appointed by Guaidó to represent him in the region gathered in Colombia to discuss ways to increase diplomatic pressure on Maduro, who retains the support of Venezuela's military leadership and counts Russia and China among his allies.

One of Guaidó's envoys, Julio Borges, said they planned to hold a similar event for opposition envoys in Europe in May. The Venezuelan opposition is preparing for nationwide marches on May 1 that it hopes will weaken Maduro's hold on power in a country whose economy has been spiraling out of control for years. The opposition blames Venezuela's problems on corruption and mismanagement under Maduro and his predecessor, Hugo Chávez; supporters of Maduro say U.S. sanctions and other measures to isolate them are driving the crisis.

US sanctions came into effect Sunday to block Venezuela's economic lifeline of oil exports, in what Washington hopes will be a major blow in its fledgling campaign to topple Maduro.

Just Friday, the Donald Trump administration said it would block any US assets of Foreign Minister Jorge Arreaza, confirming it has no desire to negotiate with Maduro.