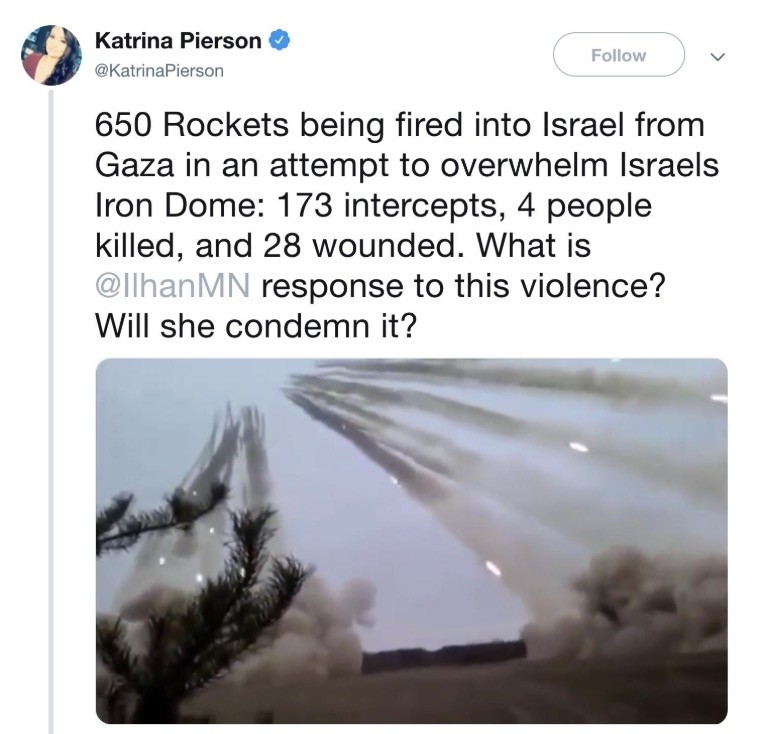 One of Donald Trump's senior campaign advisers Katrina Pierson shared on Sunday a video purporting to show Hamas rockets being fired at Israel, asking Minnesota Representative Ilhan Omar whether she will condemn it.

However, the video was shot in 2015 in Ukraine's Donbass and had nothing to do with the clashes in Palestine. 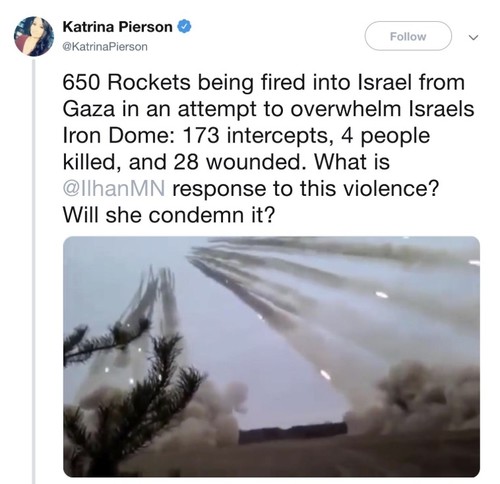 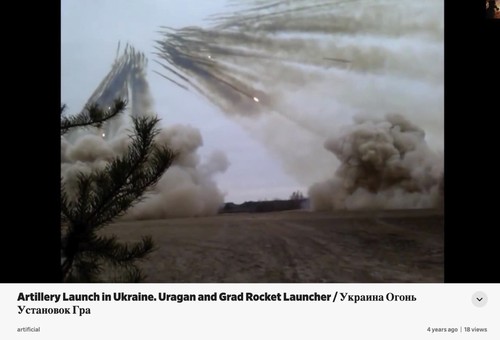 ''650 Rockets being fired into Israel from Gaza in an attempt to overwhelm Israels Iron Dome: 173 intercepts, 4 people killed, and 28 wounded. What is @IlhanMN response to this violence? Will she condemn it?'' she said on Twitter.

Pierson's tweet was met with outrage, as many users shared the original links to the 2015 video and condemning her for the lie and inciting racial, religious hatred against Muslim, Somali lawmaker Ilhan Omar.

''Condemn a 2015 video from Ukraine? Pull the video down and stop lying and gaslighting,'' another user said, blasting the irresponsible act.