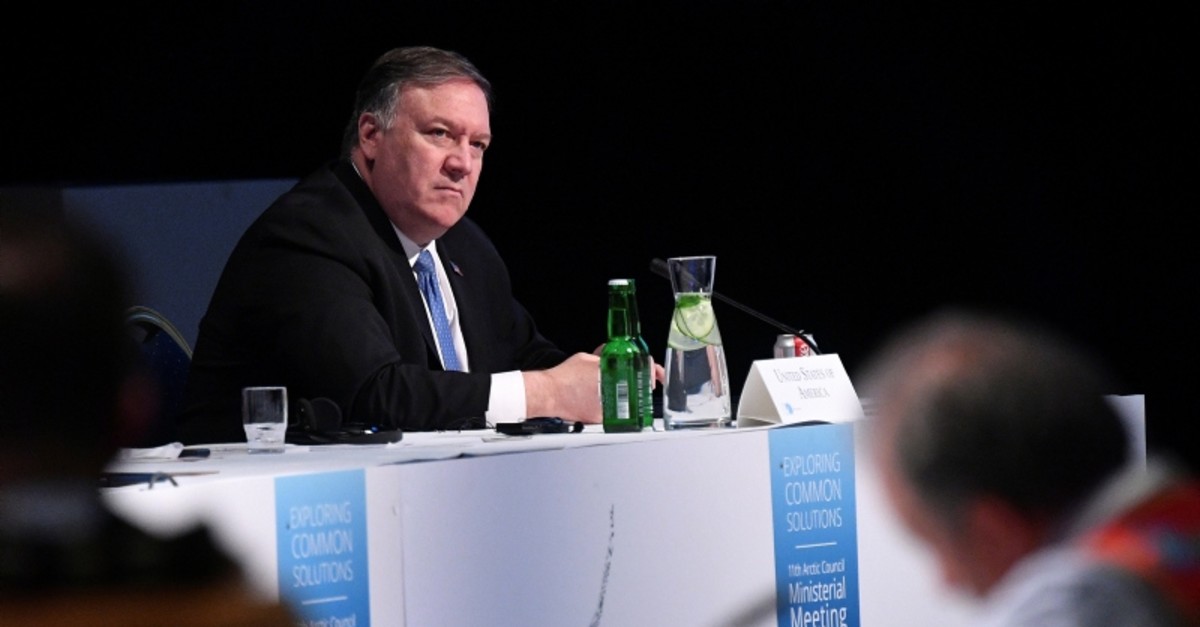 U.S. Secretary of State Mike Pompeo attends the Arctic Council summit at the Lappi Areena in Rovaniemi, Finland May 7, 2019 (Reuters Photo)
by Compiled from Wire Services May 07, 2019 3:23 pm

Pompeo had been due to meet German Chancellor Angela Merkel and Foreign Minister Heiko Maas in the German capital later on Tuesday.

Merkel's office confirmed the cancellation "by the American side" but referred other questions to the U.S. Embassy, which had no further comment.

Maas said he had talked with Pompeo by telephone, and they had agreed to find another time for a meeting soon.

Pompeo has been taking part in a meeting of the Arctic Council in Finland. It wasn't immediately clear where he would be heading next.