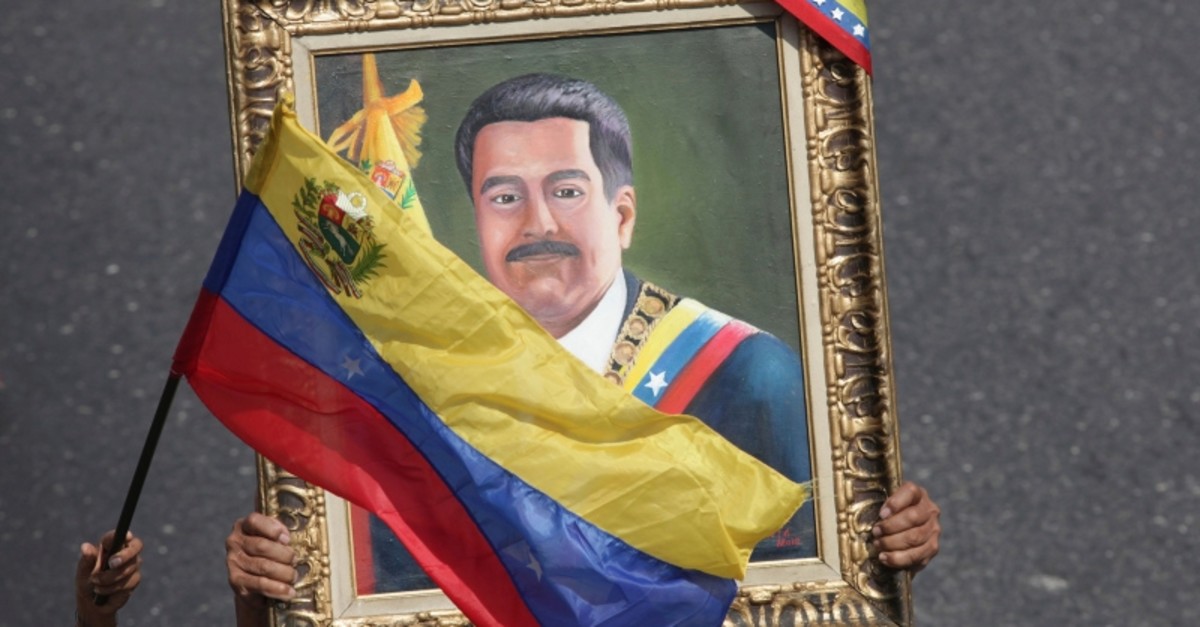 In this May 1, 2019 photo, supporters of Venezuelan President Nicolas Maduro carry a portrait of him during a rally in Caracas, Venezuela. (AP Photo)
by Compiled from Wire Services May 08, 2019 1:44 am

Opposition leader Juan Guaido -- the head of the rival National Assembly legislature -- was not among the seven, despite orchestrating last week's uprising by a group of around 30 military personnel.

The lawmakers are suspected of "betraying the homeland" and "instigating an insurrection," among other charges, said the pro-government Supreme Court. Those facing accusations include prominent figures in the Venezuelan opposition such as Henry Ramos Allup and Luis Germán Florido.

The action comes one week after Guaidó urged soldiers to oust Maduro, who has taken steps to reassert his authority in the aftermath of the failed uprising.

Additionally, the government announced that it was taking control of three private airports. Interior Minister Nestor Reverol described it as a necessary measure to "guarantee efficiency" and crack down on illegal activity.

Maduro says he is the target of a U.S.-engineered coup plot and has denounced the Guaidó-led assembly, instead recognizing a rival assembly packed with government loyalists that was set up in 2017.

In early April, the government-backed National Constituent Assembly voted to strip Guaidó of his parliamentary immunity from prosecution. Maduro, however, has not moved to detain his main adversary, possibly reflecting wariness over a likely backlash from the United States and its allies.