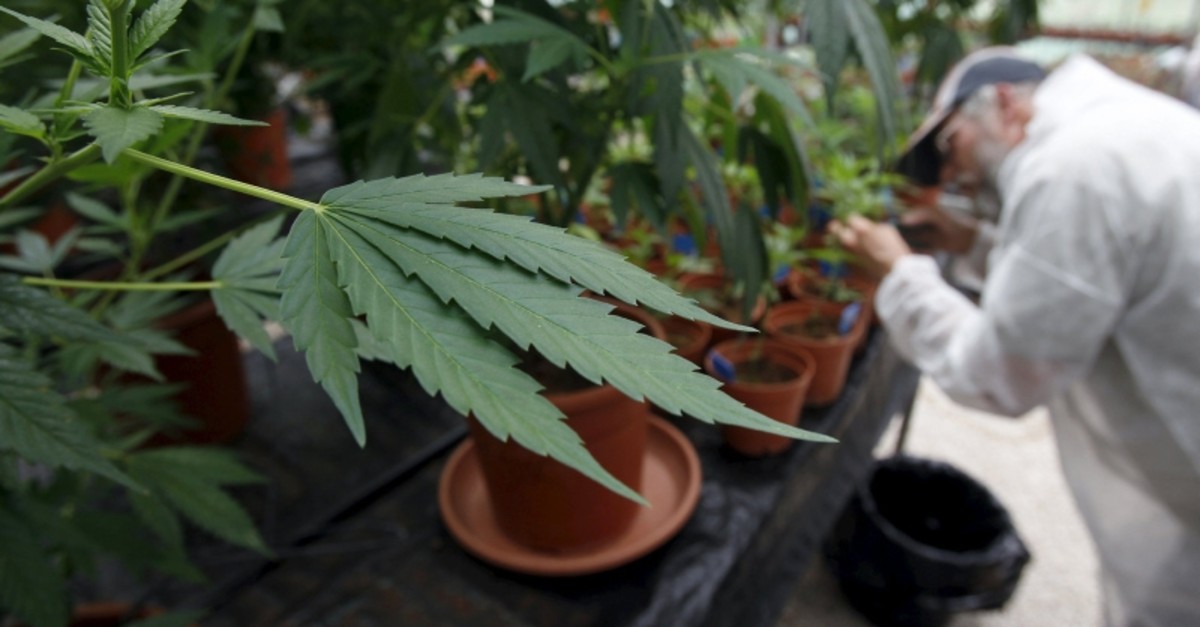 A worker tends to medical cannabis plants at a plantation near the northern Israeli city of Safed, in this June 11, 2012 file picture. (Reuters Photo)
by Associated Press May 09, 2019 1:33 am

Attorneys general from 33 states on Wednesday urged Congress to approve a proposal intended to fully open the doors of the U.S. banking system to the legal cannabis industry.

Most Americans live in states where cannabis is legally available in some form. But most banks don't want anything to do with money from the cannabis industry for fear it could expose them to legal trouble from the federal government, which still considers pot illegal.

"This is simple: not incorporating an $8.3 billion industry into our banking system is hurting our public safety and economy," said California Attorney General Xavier Becerra, whose state is the nation's largest legal pot shop.

The bill "would reward taxpayers and small and local licensed businesses who play by the rules," he said in a statement.

The conflict between state and federal law has left many growers and sellers in the burgeoning pot industry in a legal dilemma, shutting them out of everyday financial services like opening a bank account or obtaining a credit card. It also has forced many businesses to operate only in cash — sometimes vast amounts — making them ripe targets for crime.

The pending bill would allow pot businesses to access loans, lines of credit and other banking services, while sheltering financial institutions from prosecution for handling pot-linked money.

In a letter to congressional leaders, the attorneys general also argue that under existing law, authorities are less able to track potential financial crimes and it is more difficult for businesses to pay — and for states to collect — tax deposits.

The number of banks and credit unions willing to handle pot money is growing, but they still represent only a tiny fraction of the industry.

One of the bill's sponsors, Rep. Ed Perlmutter, a Colorado Democrat, said the endorsement from the state officials "underscores the need to respect states' rights on this issue and make our communities safer by allowing the marijuana industry and related businesses access to the banking system."

It was also signed by attorneys general from the District of Columbia, Guam, the Northern Mariana Islands, Puerto Rico and the U.S. Virgin Islands.