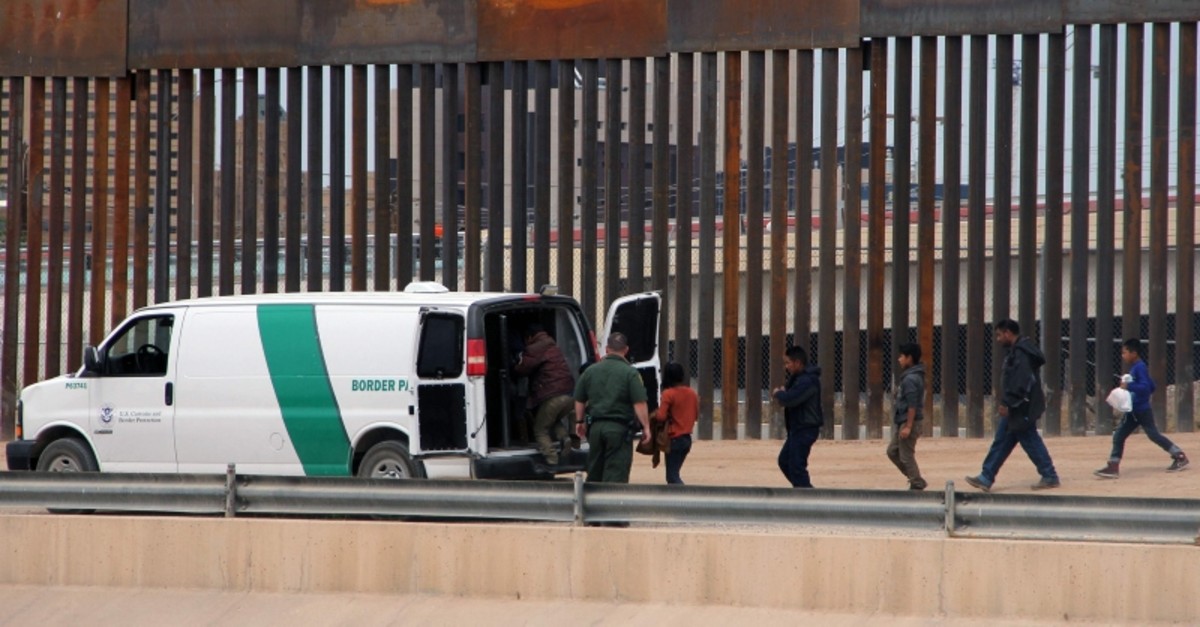 Central American migrants board a US Customs and Border Patrol van after being detained at the border wall in Ciudad Juarez, Chihuahua state, Mexico, on May 7, 2019. (AFP Photo)
by May 09, 2019 1:33 am

U.S. border officers apprehended nearly 99,000 people crossing the U.S. southern border in April, the highest figure since 2007, the government said on Wednesday, as Trump administration officials decried what they call a humanitarian and security crisis.

The steady increase in migrant arrivals, which has been building over the past several months, is driven by a growing number of children and families, especially from Central America. Many of the individuals surrender to border officials and request asylum in the United States because they fear violence and persecution in their home countries.

U.S. President Donald Trump has grown increasingly frustrated with the rising number of Central American migrants attempting to cross the southern border, and his ire has been directed at his own officials, Congress and Latin American countries, which he says have not done enough to stop their citizens from traveling to the United States.

The administration has repeatedly asked Congress to change immigration law so that the government can indefinitely detain families who cross the border without authorization, arguing that current limitations on the detention of children serve as a magnet for migrants.

Border agents apprehended 98,977 people at the southern border in April, according to the data, a nearly 7 percent increase from the number apprehended in March and the highest one-month figure since April 2007, when more than 104,000 people were apprehended.

More than 68 percent of those apprehended were children and people traveling as families. In April 2018, the same category made up slightly more than one-third of southern border arrests.

Border officials deemed a further 10,167 people "inadmissible," a 6.6 percent drop from the previous month. That category includes people who present themselves for legal admission at a port of entry but are turned away, and people who seek asylum at ports of entry.

Trump's frustration with continued migrant crossings resulted in the resignation last month of Kirstjen Nielsen as secretary of the Department of Homeland Security, part of a broader shake-up of senior immigration officials.