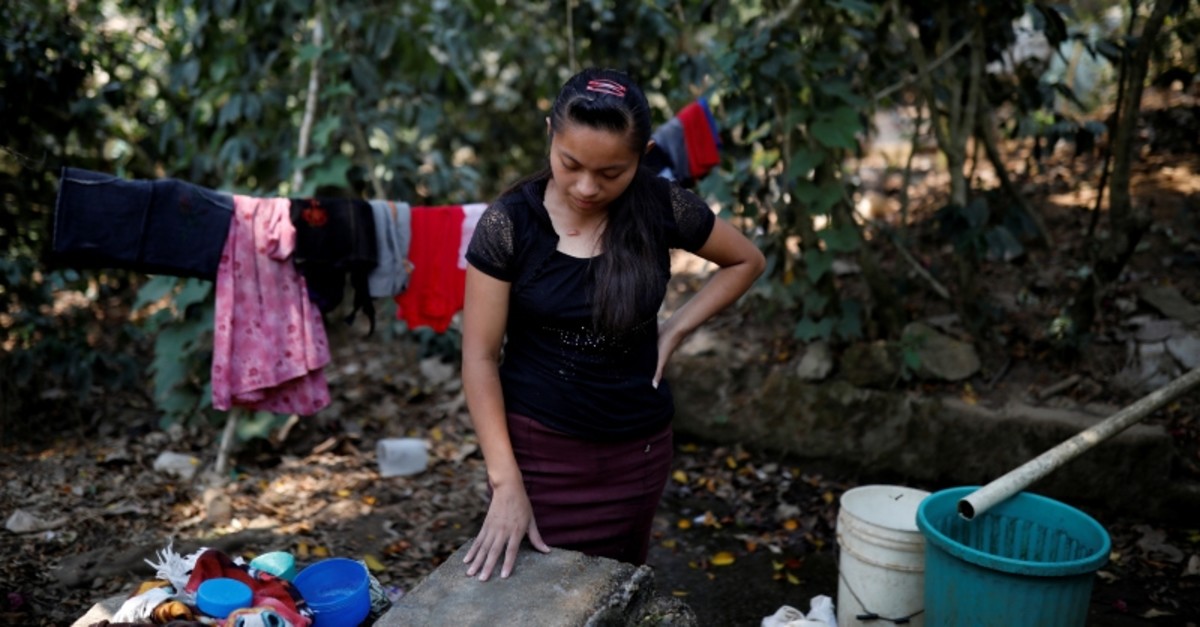 Lidia, sister of Juan de Leon Gutierrez, a 16-year-old Guatemalan migrant detained by U.S. Border Patrol agents and who died in a Texas hospital while in U.S. custody, in the village of Tizamarte, in Camotan, Guatemala May 3, 2019. (Reuters)
by Associated Press May 09, 2019 8:36 pm

A Democratic-led U.S. House of Representatives committee moved on Thursday toward restoring hundreds of millions of dollars of aid to Central America that was cut off by President Donald Trump, setting up a potential showdown with the White House.

A House Appropriations subcommittee released a draft of its bill funding the State Department and foreign aid programs for the fiscal year ending Sept. 30, 2020, that rejects the Republican president's proposals for steep cuts.

It also seeks to influence policy, including by prohibiting funds from supporting the sale of nuclear technology to Saudi Arabia and removing a Republican-led prohibition on contributions to the U.N. Green Climate Fund, and prohibits the use of funds to withdraw from the Paris climate agreement.

The Trump administration said in March it would cut aid to El Salvador, Guatemala and Honduras after Trump blasted the three countries because thousands of their citizens had sought asylum at the U.S. border with Mexico.

Several lawmakers, including some of Trump's fellow Republicans, rejected that plan. They said it was cruel to cut off aid to countries grappling with hunger and crime, and the move would more likely increase the number of migrants than decrease it.

The draft bill directs that no less than $540.8 million be made available for the Central American countries, and requires that the administration spend money as directed in previous years' spending bills.

Lawmakers, again including some of Trump's closest Republican allies, had rejected his plan to cut spending on diplomacy and foreign aid by more than 20 percent.

The draft bill could face resistance in the Republican-controlled Senate, as it also seeks to end Trump administration policies restricting funding for a variety of organizations involved in women's reproductive health.

Those policies include the administration's expansion of the "Mexico City" policy barring U.S. health assistance going directly or indirectly to organizations that provide abortions, abortion counseling or referrals.

The House Appropriations State and Foreign Operations subcommittee is due to debate the draft bill on Friday.

To become law, the measure must pass the House and Senate and be signed by Trump.