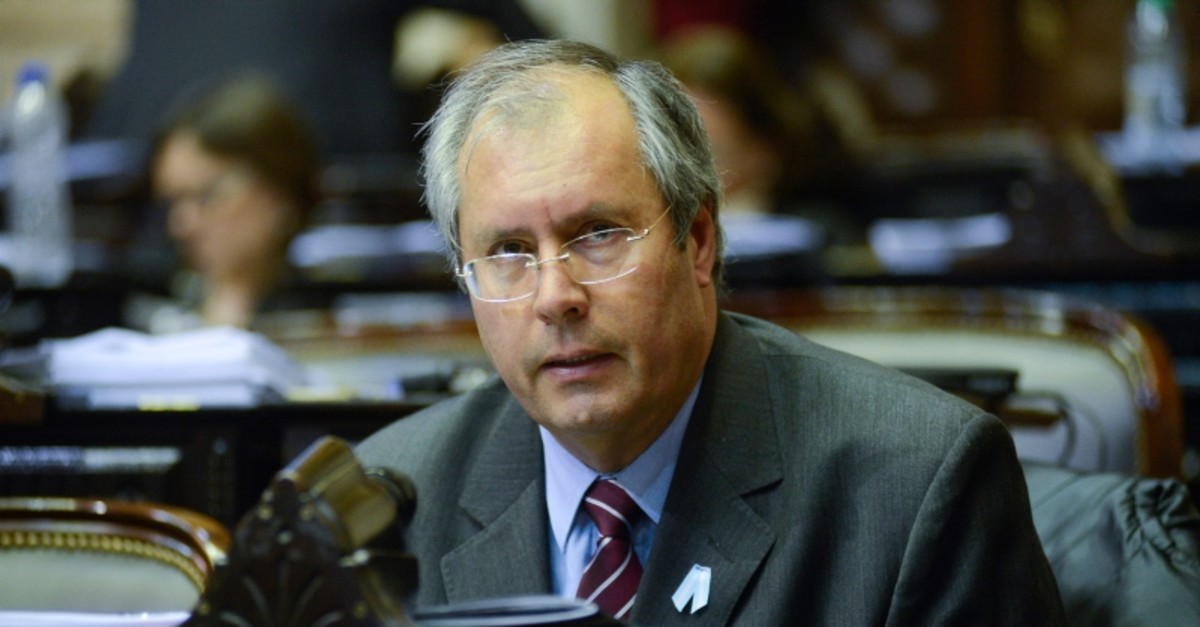 In this May 18, 2016 file photo provided by the Nation's Honorable Chamber of Deputies, lawmaker Hector Olivares attends a congressional commission session in Buenos Aires, Argentina. (HCDN via AP)
by Compiled from Wire Services May 13, 2019 2:09 pm

The death of Olivares, 61, was announced by his ruling party coalition, called Cambiemos.

"A great pain the death of Deputy Olivares," Pinedo tweeted.

Olivares underwent surgery after being shot and had been listed in "serious condition," officials said. But he died at Ramos Mejia hospital in Buenos Aires, official Telam news agency reported, citing police and judicial sources.

At least six people have been detained in what has been described as a "mafia-style" attack Thursday that shocked Argentines. Officials have said two gunmen in a parked car shot wounded Olivares and killed Miguel Marcelo Yadón near the country's congressional building in Buenos Aires. Two men were arrested later on Friday.

Yadon, 58, was hit five times at close range as he walked in a square in front of the National Congress with Olivares, a childhood friend.

Olivares was struck in the abdominal area and his condition had been touch-and-go ever since.

Authorities have said investigators are working to determine a motive, adding that they do not think the shooting was politically motivated.

Security Minister Patricia Bullrich said that all members of the group had been detained, including one who had fled across the border to Uruguay.

Press reports in Argentina have said it may have been linked to a relationship that Yadon was having with a much younger daughter of one of the assailants.

The shooting was caught on security cameras. Shots were fired at Olivares and Yadon from inside a parked car.