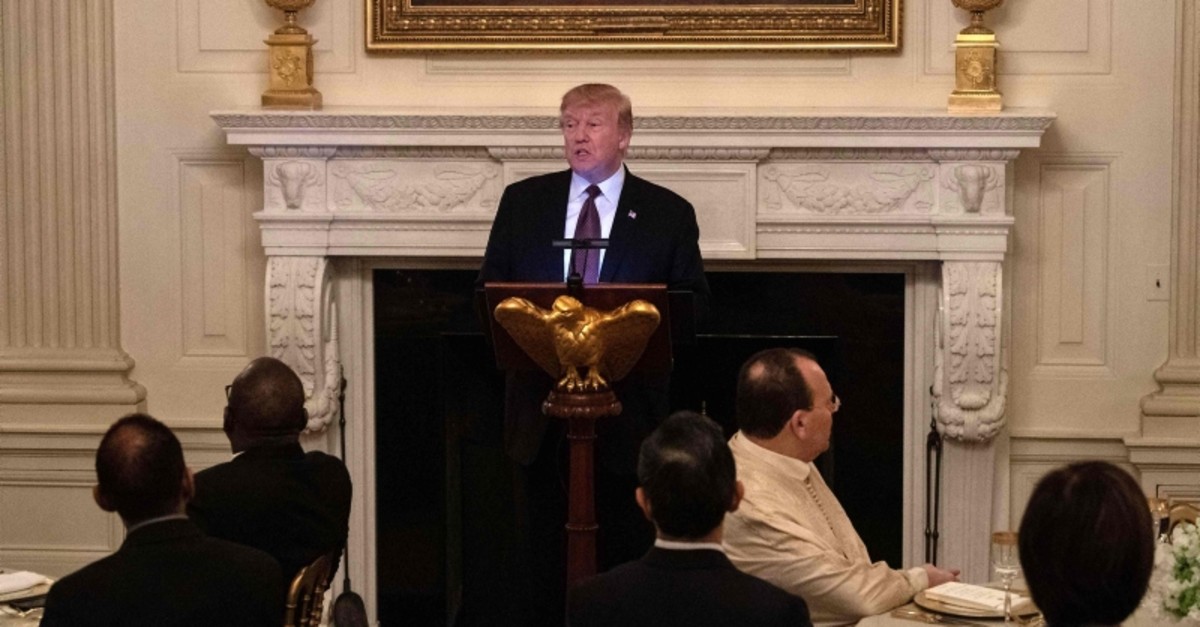 President Donald Trump speaks at an iftar, the meal that breaks the sunrise to sundown fast of Muslims celebrating Ramadan, at the White House in Washington DC, on May 13, 2019 (AFP Photo)
by Compiled from Wire Services May 14, 2019 9:52 am

U.S. President Donald Trump hosted an iftar dinner at the White House on Monday to mark the Islamic holy month of Ramadan.

The dinner breaks the daylong fast that Muslims follow during Ramadan. They have been held regularly at the White House since the Clinton administration as a form of outreach to the Muslim world.

Trump said it's been a rough period recently for people of all faiths. He cited attacks on Muslims in New Zealand, Christians in Sri Lanka and Jews in California and Pittsburgh.

"In their blessed memories, we resolve to defeat the evils of terrorism and religious persecution so that all people can worship without fear, pray without danger and live by the faith that flows from their heart," he said.

Hours earlier, Trump had harshly criticized one of two Muslim women in Congress, Democratic Rep. Rashida Tlaib of Michigan, claiming in a tweet that "she obviously has tremendous hatred of Israel and the Jewish people. Can you imagine what would happen if I ever said what she said, and says?"

Republicans have seized on her use of the words "calming feeling" when she thinks of the "tragedy of the Holocaust," the suffering of her Palestinian ancestors and the state of Israel.

The remark instantly ignited an online fight, with Republicans incorrectly describing Tlaib's words as reflecting her feelings about the genocide that cost millions of lives. Democrats defended Tlaib, saying her words have been twisted and turned into a "right-wing smear campaign."