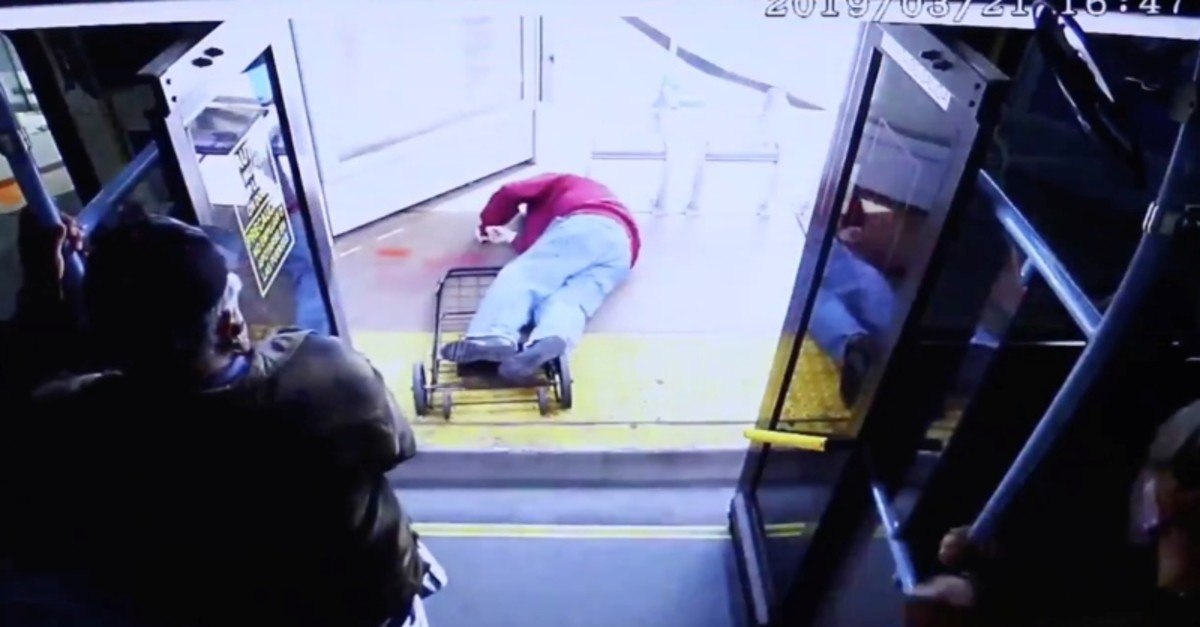 A man falls on the ground after being pushed out of a bus in downtown Las Vegas, Nevada, U.S. March 21, 2019, in this still image taken from video obtained from social media. (Las Vegas Metropolitan Police/via REUTERS)
by Associated Press May 15, 2019 10:17 pm

Police in Las Vegas have released security video they say shows a woman shoving a 74-year-old man off a public bus after witnesses say he asked her to be nice to other passengers.

The video shows Serge Fournier landing face-first on a sidewalk east of downtown on March 21. He died April 23.

Las Vegas police release surveillance footage of an elderly man with a walker being shoved off a public bus by a cursing woman whom he asked to be "nicer to passengers" https://t.co/SLxuaSfhth pic.twitter.com/tWCEW9AnD0

The Clark County coroner ruled Fournier's death a homicide resulting from his injuries.

Authorities arrested 25-year-old Cadesha Michelle Bishop on May 6. She has been charged with murder and remains jailed on $100,000 bail pending a preliminary hearing of evidence May 21.