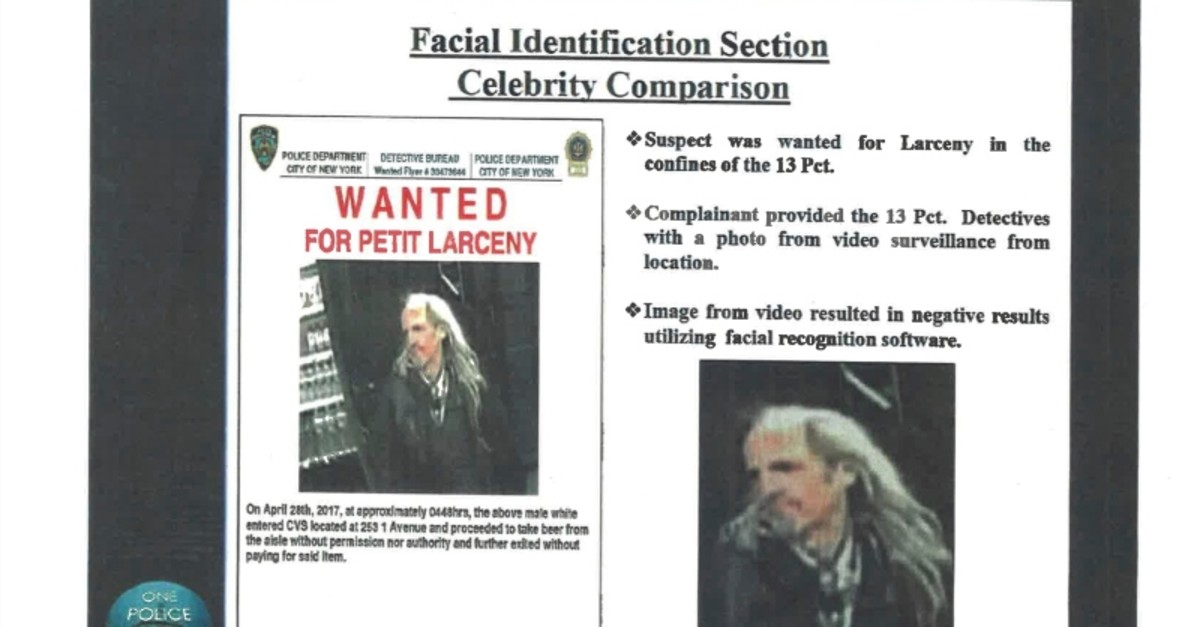 This undated image provided by Georgetown University's Center on Privacy and Technology shows presentation material with images of a wanted suspect in a New York Police Department document obtained by the university. (AP Photo)
by Associated Press May 17, 2019 12:33 pm

The New York Police Department used a photo of Woody Harrelson in its facial recognition program in an attempt to identify a beer thief who looked like the actor, according to a report published Thursday.

Georgetown University's Center on Privacy and Technology highlighted the April 2017 episode in "Garbage In, Garbage Out," a report on what it says are flawed practices in law enforcement's use of facial recognition.

The report says security footage of the thief was too pixelated and produced no matches while high-quality images of Harrelson, a three-time Oscar nominee, returned several possible matches and led to one arrest.

The NYPD also used a photo of a New York Knicks player to search its database for a man wanted for a Brooklyn assault, the report said.

"The stakes are too high in criminal investigations to rely on unreliable — or wrong — inputs," Georgetown researcher Clare Garvie wrote.

"It is one thing for a company to build a face recognition system designed to help individuals find their celebrity doppelgänger or painting lookalike for entertainment purposes. It's quite another to use these techniques to identify criminal suspects, who may be deprived of their liberty and ultimately prosecuted based on the match."

The NYPD said it has been deliberate and responsible in its use of facial recognition and that the technology is merely a means of producing leads, including in homicide, rape and robbery cases.

"No one has ever been arrested on the basis of a facial recognition match alone," Sgt. Jessica McRorie said in a statement. "As with any lead, further investigation is always needed to develop probable cause to arrest." 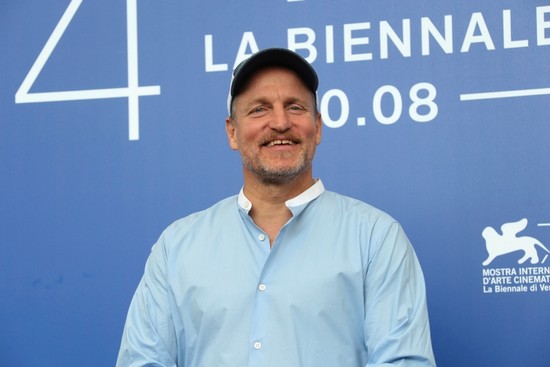 In this Sept. 4, 2017, file photo, actor Woody Harrelson poses for photographers at the photo call for the film "Three Billboards Outside Ebbing, Missouri" during the Venice Film Festival in Venice, Italy. (AP Photo)

A message was left with a representative for Harrelson.

The Georgetown report says facial recognition has helped the NYPD crack about 2,900 cases in more than five years of using the technology.

McRorie says the department is constantly reassessing its procedures and is in the process of reviewing its existing facial recognition protocols.

"We compare images from crime scenes to arrest photos in law enforcement records," McRorie said. "We do not engage in mass or random collection of facial records from NYPD camera systems, the internet, or social media."