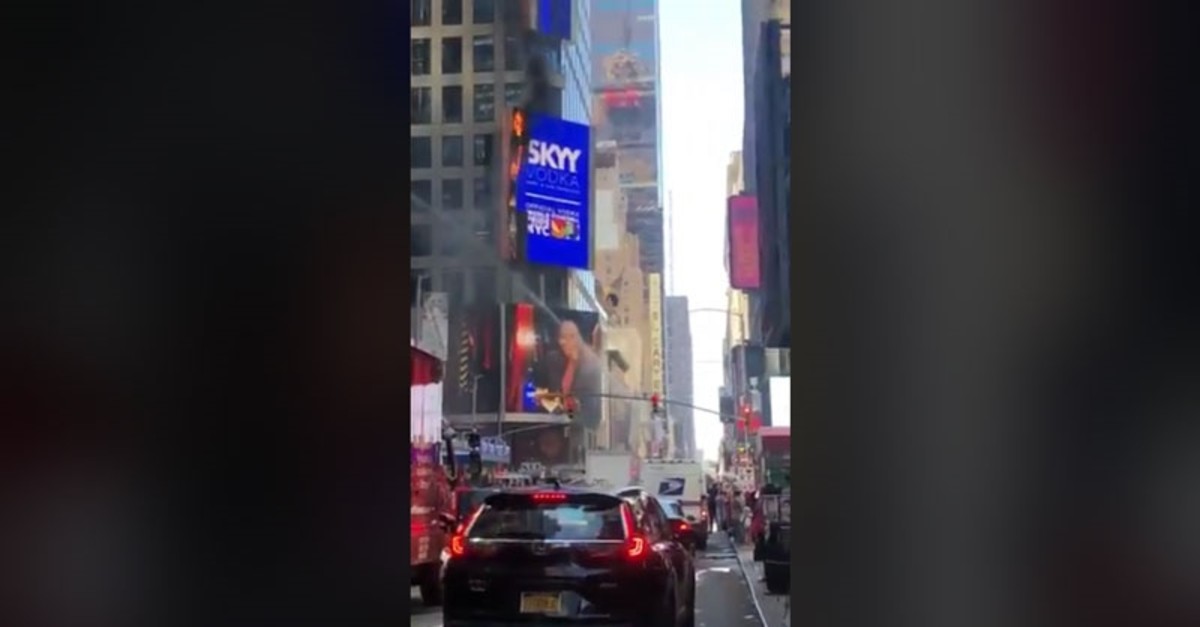 Firefighters have responded to the scene of digital billboard on fire in Times Square.

Flames stated shooting out of the LED billboard just after 3 p.m. Saturday.

The Fire Department says no injuries have been reported and there is no damage to the building the sign is attached to.

A department spokesman says firefighters are working turn the billboard's power off.