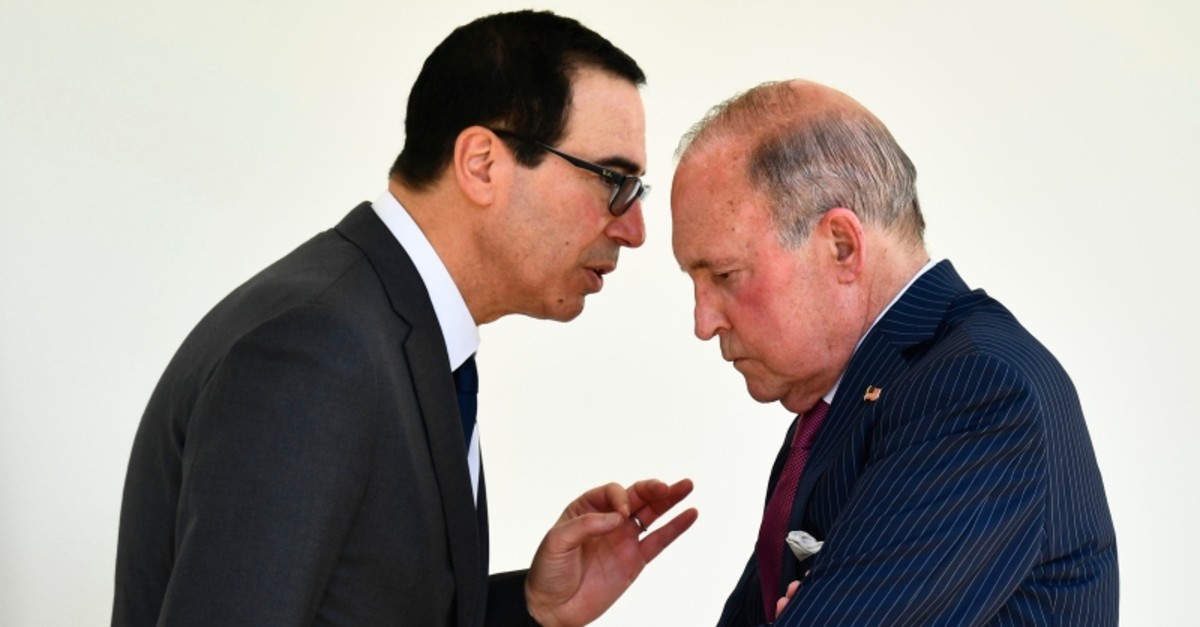 Treasury Secretary Steven Mnuchin, left, and White House chief economic adviser Larry Kudlow, right, talk along the colonnade following an immigration speech by President Donald Trump in the Rose Garden at the White House, May 16, 2019. (AP Photo)
by Compiled from Wire Services May 18, 2019 12:19 am

The Trump administration is missing another deadline to produce President Donald Trump's tax returns. A top House Democrat says he expects to take the administration to court as early as next week over the matter.

Treasury Secretary Steven Mnuchin says in a letter Friday that he will not comply with the subpoena from the House Ways and Means Committee for six years of Trump's tax returns because the request "lacks a legitimate legislative purpose."

Mnuchin's rejection of the subpoena had been expected.

Democrats are seeking Trump's tax returns under a 1924 law that directs the IRS to furnish such information to the chairs of Congress' tax-writing committees.

U.S. House Ways and Means Committee Chairman Richard Neal said on Friday he was consulting with counsel on how best to enforce his subpoena for President Donald Trump's tax returns after Treasury Secretary Steven Mnuchin turned down his demand.

"Given the Treasury Secretary's failure to comply today, I am consulting with counsel on how best to enforce the subpoenas moving forward," Neal said in a statement.