Trump threatens 'official end of Iran' if it fights US 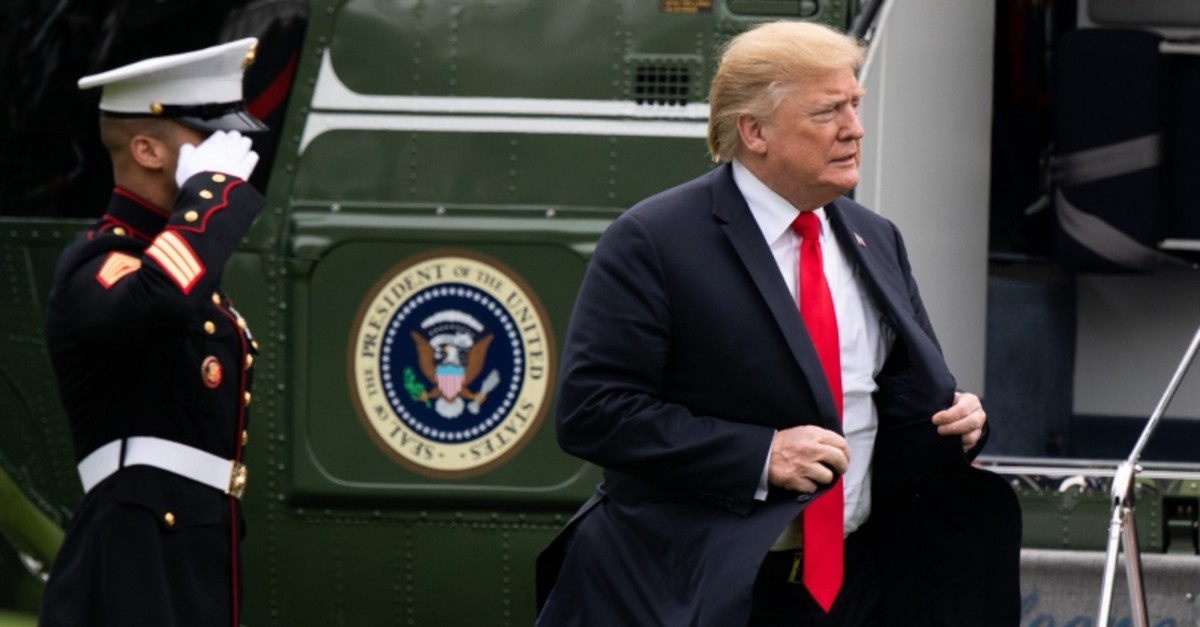 U.S. President Donald Trump walks from Marine One after arriving on the South Lawn of the White House in Washington, DC, May 17, 2019, following a one-night trip to New York. (AFP Photo)
by Compiled from Wire Services May 20, 2019 12:19 am

Days after saying he hoped the U.S. and Iran would not go to war, President Donald Trump threatened Iran with destruction if it seeks a fight.

Trump issued the warning after a rocket landed less than a mile from the U.S. Embassy on Sunday in Baghdad's Green Zone, further stoking tensions in the region.

"If Iran wants to fight, that will be the official end of Iran. Never threaten the United States again," Trump said in a tweet.

Tensions between Washington and Tehran have been on the rise as the United States has deployed a carrier group and B-52 bombers to the Gulf over what it termed Iranian "threats."

Iran's foreign minister downplayed the prospect of a new war in the region on Saturday, saying Tehran opposed it and no party was under the "illusion" the Islamic republic could be confronted.

"We are certain... there will not be a war since neither we want a war nor does anyone have the illusion they can confront Iran in the region," Mohammad Javad Zarif told state-run news agency IRNA at the end of a visit to China.

Trump had seemed to soften his tone after the U.S. recently sent the warships and bombers to the region. On Thursday, when asked if the U.S. and Iran were headed toward armed conflict, he answered: "I hope not."

Iran-U.S. relations hit a new low last year as Trump pulled out of a 2015 nuclear deal and reimposed unilateral sanctions that had been lifted in exchange for Tehran scaling back its nuclear program.

Tehran has described U.S. moves as "psychological warfare" and a "political game."