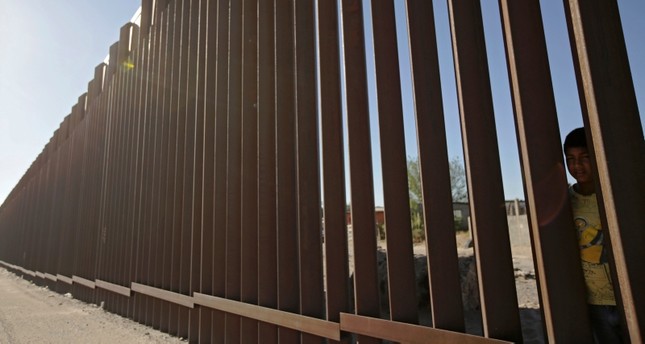 A US military veteran has launched construction on the first section of private border wall between the United States and Mexico, using money crowdsourced by supporters of President Donald Trump.

"This is Americans' way of saying, 'Congress, you're worthless, and we're fighting it. We're going to build (the wall) ourselves," said New Mexico resident Jeff Allen, the co-owner of the land where the private wall is being built.

Determined to help Trump fulfill his promise to build a "big, beautiful wall" on the border, Allen began erecting a towering fence of steel slats last weekend on his land in the city of Sunland Park, across from Ciudad Juarez, in Mexico.

He said the project was being funded by We Build the Wall, a company launched by war veteran and triple amputee Brian Kolfage to help get Trump's border barrier built, using millions of dollars in private donations he raised online.

The company's advisory board is chaired by Steve Bannon, the far-right strategist and former Trump advisor.

"This is not Europe. This is America. We protect our borders," Allen, 56, told AFP as workers used heavy construction equipment to maneuver sections of the fence into place behind him.

Trump has struggled to get Congress to allocate the billions of dollars he wants for his wall, leading to a political battle that shut down the US government for more than a month.

The new private barrier will measure half a mile (800 meters) long, and is being built to the same specifications as government border fencing, Allen said.

Allen insisted he had nothing against immigrants. He is married to a Mexican woman, and his daughter was born in Ciudad Juarez, where he lived for three and a half years.

"This is not about racism. This is about me protecting myself, and America having a secure border. If people want to immigrate, they should go to a port of entry and apply," he said.

He declined to say how much the barrier would cost.

Kolfage raised around $20 million on the website GoFundMe -- well short of the $1 billion he wanted to donate to the government -- before canceling the project and launching We Build the Wall to build sections of border barrier privately.