Death toll from Peru earthquake rises to 2, over 30 injured 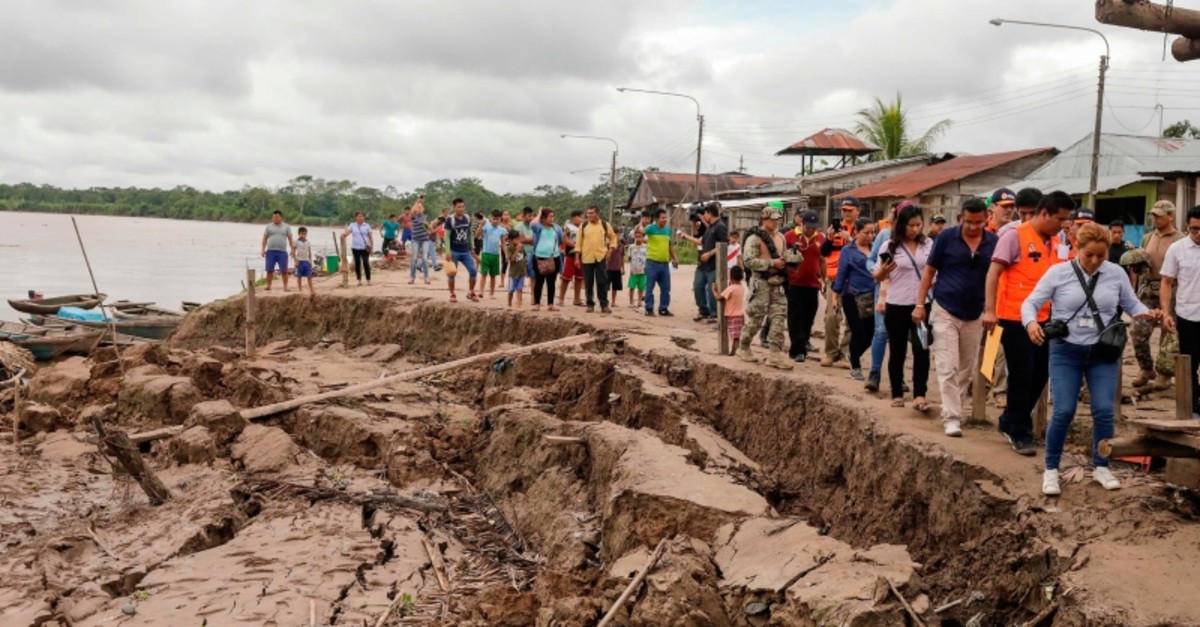 The death toll from a powerful earthquake that rocked parts of Peru and neighboring Ecuador rose to two on Monday, with more than 30 people injured, authorities said.

Sunday's 8.0-earthquake hit a sparsely populated region of Peru's Amazon basin region but was felt over a wide area.

Reports were still coming in Monday from remote areas affected by the quake, which also rattled the capital Lima and other cities where frightened residents rushed into the streets.

"We have two dead because of the earthquake. The second victim is a 15-year-old who was hit on the head" by falling rubble at his home, Civil Defense Coordinator Ricardo Seijas told Chanel N television.

The teenager died of his injuries after begin taken to hospital in Peru's northern region of La Libertad.

The other victim, a 48-year-old man, was reported Sunday to have been killed by falling debris while he slept at his house in Cajamarca in northern Peru. The quake struck at 2:41 am (0741 GMT).

Seijas said 15 people had been injured, with several hundred buildings destroyed or damaged.

The quake was the most powerful to hit the earthquake-prone country in 12 years, Peru's President Martin Vizcarra said, adding that it blocked roads, damaged a bridge and knocked down houses.

"It is an earthquake affecting the entire Peruvian jungle," he said.

One of the most dramatic moments captured on social media happened in Yurimaguas, the town closest to the epicenter. Video from the police station shows the police chief shouting at his subordinates to quickly open the jail cells and get inmates outside.

"The earthquake is strong!" he is heard yelling. "Open the cells! Help with the detainees, get one each!"

Arri Pezo, the mayor of Lagunas, 75 kilometers from th epicenter, said many residents who fled from their homes later stayed in the streets for fear of aftershocks.

"You could not walk at the time of the earthquake, things were falling," Pezo told RPP radio.

Reports said 15 people had been hurt in Ecuador, where power-cuts were reported in parts of its Amazon basin region. Peruvian media said the tremor was also felt in parts of Colombia and Venezuela.

Peru lies on the so-called Ring of Fire — an arc of fault lines that circles the Pacific Basin and is prone to frequent earthquakes and volcanic eruptions.

The South American country records about 200 earthquakes a year, most of them going unnoticed by the public.