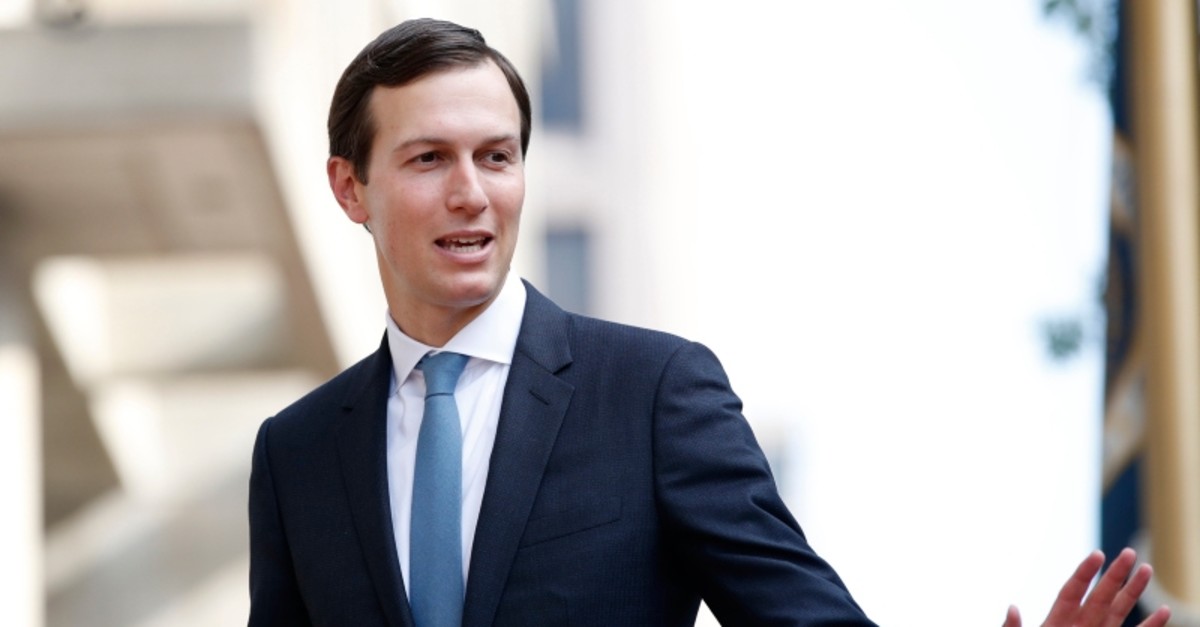 In this Aug. 29, 2018 file photo, White House Adviser Jared Kushner waves as he arrives at the Office of the United States Trade Representative in Washington. (AP Photo)
by Anadolu Agency May 29, 2019 11:06 pm

"This guy was the link between certain factions in the royal family and Osama. We know that. A journalist? Come on. This was a terrorist masquerading as a journalist," Kushner reportedly told a reporter in an off-the-record interview, Michael Wolff wrote in his new book Siege: Trump Under Fire.

He was referring to slain Al-Qaeda chief Osama bin Laden.

Khashoggi, a U.S. resident and columnist for The Washington Post, was killed shortly after entering the Saudi Consulate in Istanbul on Oct. 2 last year.

Saudi Arabia initially denied any knowledge of his whereabouts but following a rising number of contradictions in its narrative sought to blame the journalist's death on a botched rendition operation being carried out by rogue agents.

Kushner is known to have a close relationship with Saudi Crown Prince Mohammed bin Salman, who the CIA has reportedly concluded was responsible for ordering Khashoggi's murder.

Kushner is currently in Jordan on a tour of the Middle East to garner support before the unveiling of his long-anticipated "Deal of the Century", a backchannel plan to reach a peace settlement between Israel and the Palestinians.

Based on leaks in the media, the plan will call on the Palestinians to make major concessions to Israel regarding Jerusalem's status and the right of Palestinian refugees to return to their homes in historical Palestine.