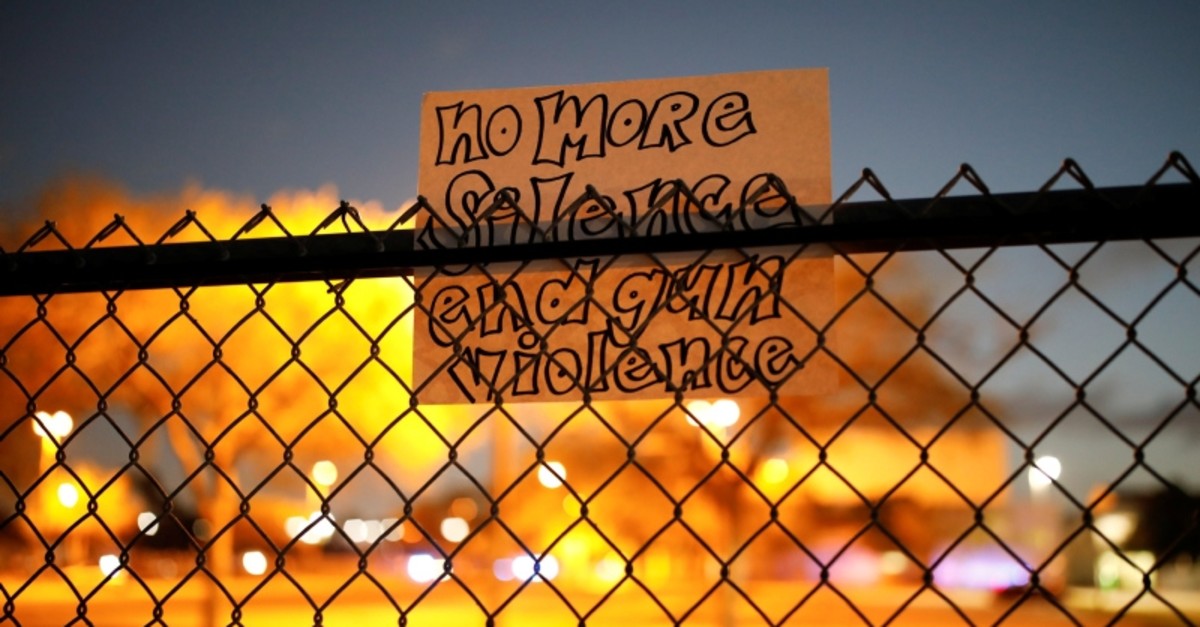 A note is seen on the fence of the Marjory Stoneman Douglas High School following a mass shooting, in Parkland, Florida February 21, 2018. (REUTERS Photo)
by Associated Press Jun 01, 2019 1:15 pm

A list of some of the deadliest mass shootings in the United States in the last two years:

Feb. 15, 2019: Gary Martin killed five co-workers at a manufacturing plant in Aurora, Illinois, during a disciplinary meeting where he was fired. He wounded one other employee and five of the first police officers to arrive at the suburban Chicago plant before he was killed during a shootout police.

Nov. 7, 2018: Ian David Long killed 12 people at a country music bar in Thousand Oaks, California, before taking his own life. Long was a Marine combat veteran of the war in Afghanistan.

Oct. 27, 2018: Robert Bowers is accused of opening fire at Tree of Life synagogue in Pittsburgh, Pennsylvania, during Shabbat morning services, killing 11 and injuring others. It's the deadliest attack on Jews in the U.S. in history.

June 28, 2018: Jarrod Ramos shot through the windows of the Capital Gazette offices in Annapolis, Maryland, before turning the weapon on employees there, killing five at The Capital newspaper. Authorities say Ramos had sent threatening letters to the newspaper prior to the attack.

May 18, 2018: Dimitrios Pagourtzis began shooting during an art class at Santa Fe High School in Santa Fe, Texas. The 17-year-old killed eight students and two teachers and 13 others were wounded. Explosive were found at the school and off campus.

Nov. 5, 2017: Devin Patrick Kelley, who had been discharged from the Air Force after a conviction for domestic violence, used an AR-style firearm to shoot up a congregation at a small church in Sutherland Springs, Texas, killing more than two dozen.

Oct. 1, 2017: Stephen Paddock opened fire on an outdoor music festival on the Las Vegas Strip from the 32nd floor of a hotel-casino, killing 58 people and wounding more than 500. SWAT teams with explosives then stormed his room and found he had killed himself. It became the worst mass shooting in modern U.S. history.

Previously, the deadliest mass shooting had been an attack at an Orlando, Florida, nightclub that killed 49. Before that, the deadliest shooting in the U.S. was the 2007 attack at Virginia Tech, in which a student killed 32 people before killing himself.