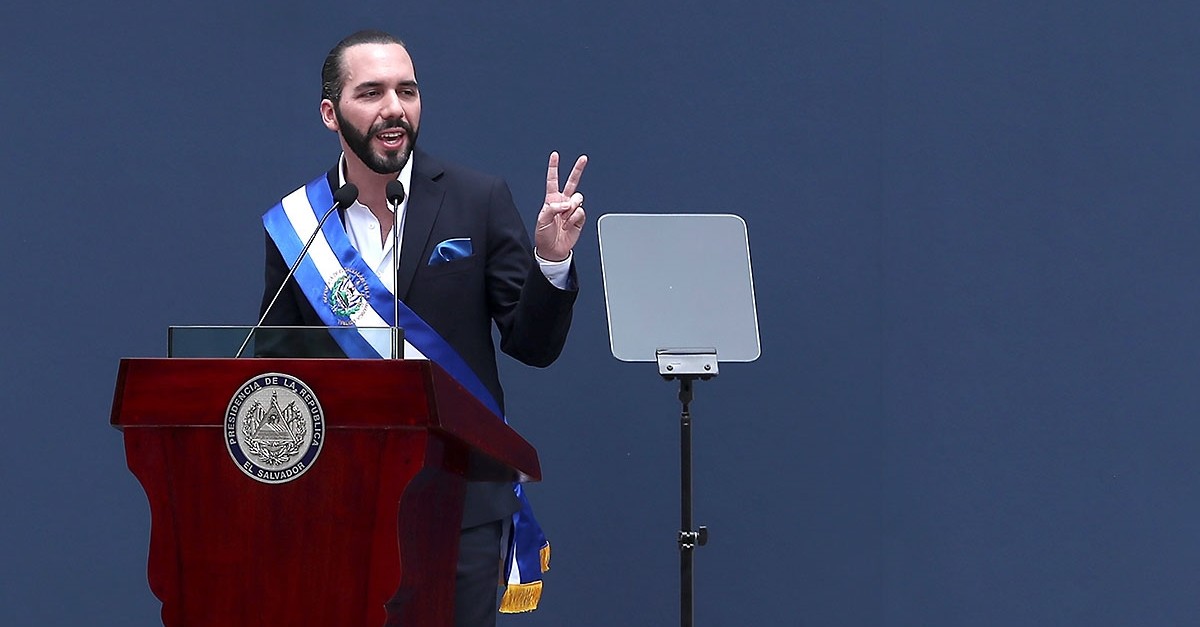 El Salvador's new president of Palestinian descent, Nayib Bukele, took office on Saturday pledging to cure the Central American country that he described as a "sick child" following years of violence and migration that has strained relations with the United States.

The 37-year-old former mayor of San Salvador, who won more votes than all other candidates in the February presidential election, brought an end to a two-party system that has held sway over the country for three decades.

"Our country is like a sick child, now it's up to all of us to take care of it," Bukele told the crowd. "We have to suffer a little now, we have to have a little pain, assume our responsibility and all as brothers to bring forward that child."

Accompanied by his pregnant wife Gabriela Rodriguez, Bukele vowed to make bitter decisions for the impoverished and violence-plagued Central American country during his five year term. He did not give details.

Bukele, who has been critical of Beijing in the past, must now balance the interests of China and the United States.

The Chinese embassy in El Salvador said in a statement on Twitter that Bukele had told a special envoy he considered China a friend and that there was "great potential" to work together.

El Salvador broke ties with Taiwan in August last year to establish relations with China, following the Dominican Republic and Panama in the region.

U.S. President Donald Trump congratulated Bukele on Saturday on Twitter, saying the United States was ready to work with him "to advance prosperity in El Salvador and the hemisphere."

Trump has frequently threatened to cut aid to El Salvador - as well as neighboring Guatemala and Honduras - if they do not do more to curb migration to the United States.

The U.S. Department of Commerce said in a statement that the United States sent a delegation led by U.S. Secretary of Commerce Wilbur Ross to attend the ceremony.

While in El Salvador, the statement said, Ross met with Bukele and his Foreign Minister, Alexandra Hill, as well as with business leaders to discuss improving the investment climate and potential for economic growth.

Tensions over migration have been running high between the United States and its southern neighbor Mexico, with Trump threatening earlier this week to impose punitive tariffs on Mexican goods exported to the United States on June 10.

Mexican Economy Minister Graciela Marquez, who also attended the event in San Salvador, tweeted a picture of herself and Ross, saying they had spoken and would continue their dialogue next week in Washington.