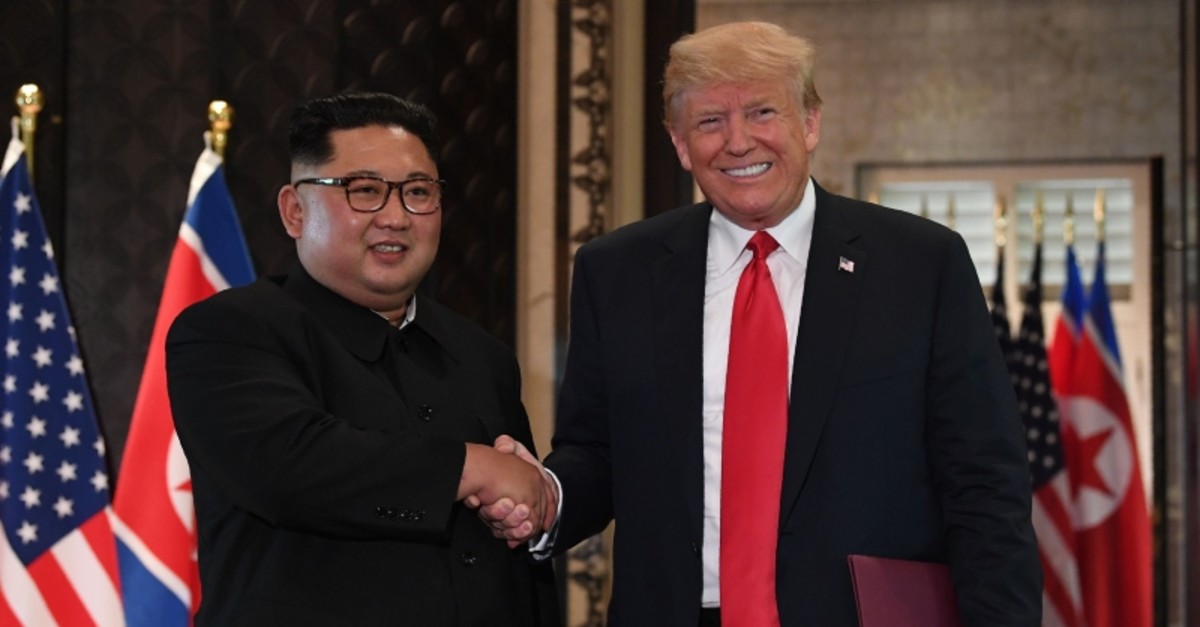 While North Korea had kept pledges not to conduct nuclear or intercontinental range ballistic missile tests, Bolton said the United States was continuing its "maximum pressure campaign" because Kim still appeared not to have made "a strategic decision to give up the pursuit of deliverable nuclear weapons."

Bolton, speaking at a conference hosted by the Wall Street Journal, said it was "entirely possible" there could be a third Trump-Kim summit following their earlier meetings in Singapore and Vietnam. "Kim Jong Un holds the key," he said.

"We are ready when they are, so it's - any time that they want to schedule it," Bolton said.

Speaking to reporters at the White House, Trump said that he thinks something positive will happen with Pyongyang but gave no details.

Trump and Kim's most recent meeting, in Hanoi in February, failed to result in a deal because of conflicts over U.S. calls for Pyongyang's complete denuclearization and North Korean demands for sanctions relief. Since then, diplomatic efforts have stalled since, there are no signs of plans for a new meeting and North Korea conducted short-range missile tests last month.

Earlier, North Korean state media called on Washington on Tuesday to "withdraw its hostile policy" toward Pyongyang or agreements made at the first Trump-Kim meeting in Singapore a year ago might become "a blank sheet of paper."

The joint statement from the Singapore meeting "of great historic significance is now on the verge of turning into a dead document as the U.S. shuns its implementation", said the North's official Korean Central News Agency (KCNA).

It added the "arrogant and unilateral policy" of the U.S. would never work with North Korea.

"There is a limit to the DPRK's patience," it said, using the acronym for the North's official name, adding: "Now is the time for the U.S. to roll back its hostile policy."

Since Hanoi, Pyongyang has accused Washington of acting in "bad faith" and given it until the end of the year to change its approach.

Last month the North raised tensions in the region by firing short-range missiles for the first time since November 2017.

South Korean President Moon Jae-in, who was instrumental in brokering the Singapore summit a year ago, said on Monday talks were underway for a third North-U.S. meeting, according to South Korea's Yonhap news agency.

Moon added Pyongyang had refrained from nuclear and long-range missile tests for more than one-and-a-half years.

Trump and Kim continued to express "trust in each other" and "desire for dialogue", he said.