Sarah Sanders to step down as White House spokeswoman 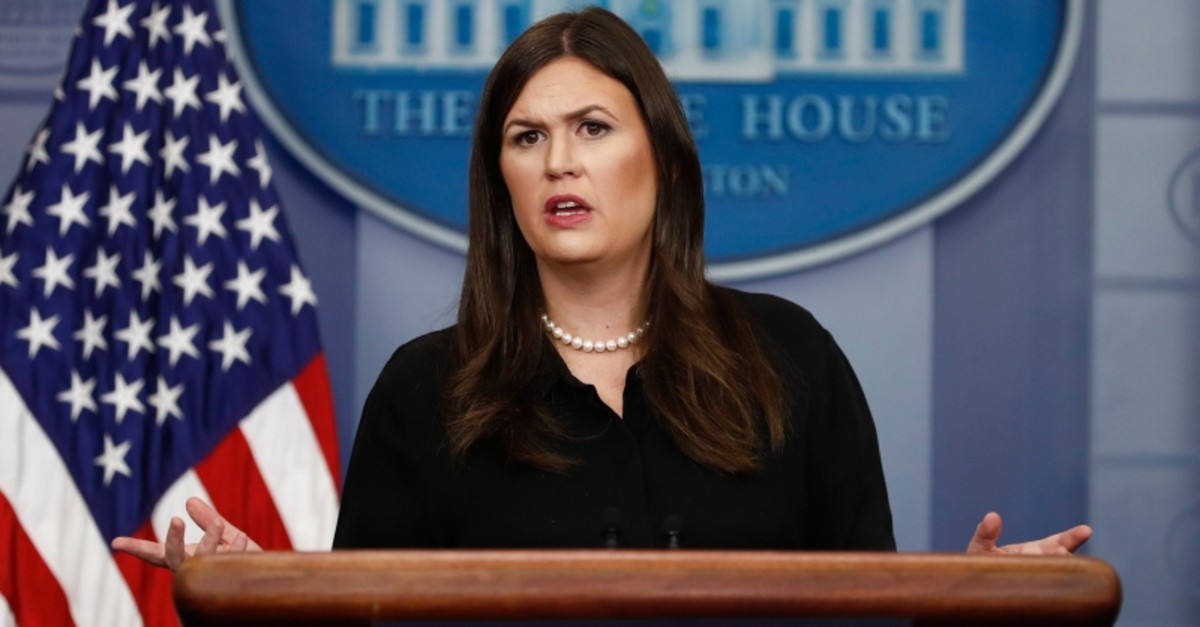 White House spokeswoman Sarah Sanders, a fierce loyalist of President Donald Trump who evolved into one of his closest advisers, will leave her job at the end of the month to return to her home state of Arkansas, Trump said on Thursday.

"She's a warrior," said Trump, who announced her departure on Twitter shortly before calling Sanders on stage at an event at the White House. "We've been through a lot together, and she's tough, but she's good."

Trump did not immediately name a replacement.

The Republican Sanders, who is 36 and has three young children, has drawn fire from the White House Correspondents Association for ending daily briefings, with Trump preferring to take questions himself from reporters and command the White House stage.

The last briefing was 94 days ago, but Trump answers questions from reporters on a near-daily basis, including two extended sessions with them on Wednesday.

Sanders called the job "the honor of a lifetime."

"I've loved every minute, even the hard minutes," she said, her voice trembling with emotion. "I have three amazing kids and I'm going to spend a little more time with them."

Sanders evolved into a senior adviser and confidante of the president, one who is regularly brought into senior-level meetings.

Speculation immediately turned to whether Sanders might run for governor of Arkansas, a position once held by her father, Mike Huckabee.

"If we can get her to run for the governor of Arkansas, I think she'll do very well," Trump said.