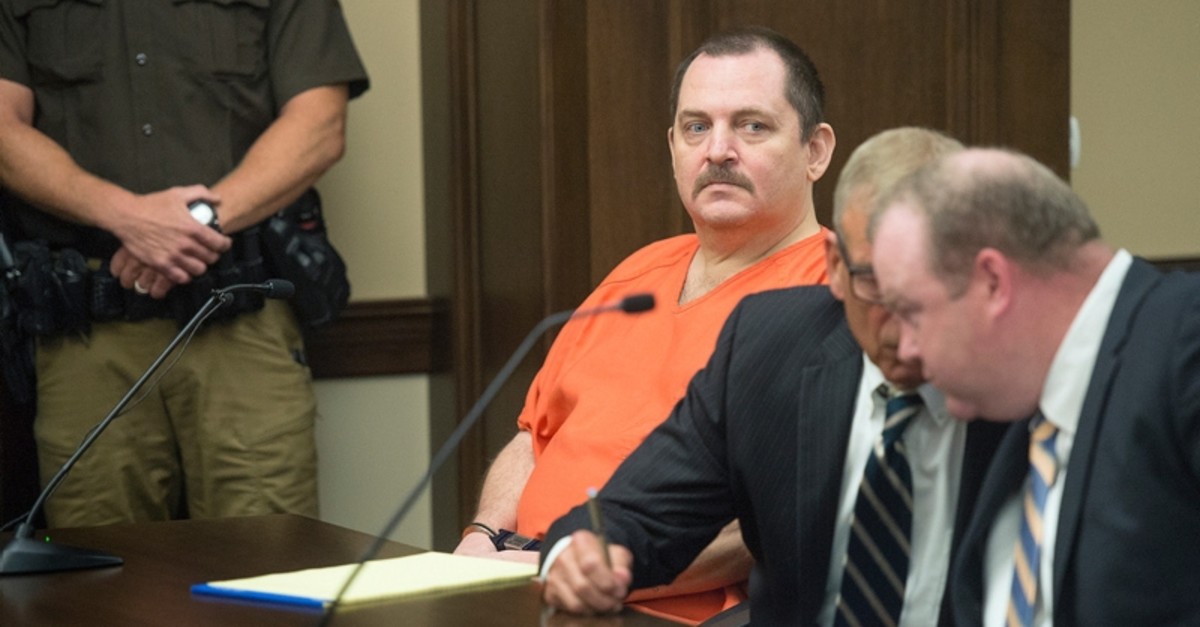 A man slashed his throat during his own trial for murder in a Nebraska court house on Monday, prompting his swift evacuation to hospital.

Aubrey Trail, 52, is accused of suffocating and dismembering a young woman with the help of his female companion Bailey Boswell, who is to stand trial herself later in the year.

During the hearing, Trail leapt to his feet and yelled "Bailey is innocent and I curse you all," before stabbing himself in the neck with an unknown object, journalists in the audience said.

He was transported unconscious on a stretcher out of the court room, local television reports showed. His condition was not immediately known.

In December 2017, the body of 24-year-old Sydney Loofe was found cut up and wrapped in trash bags. She had disappeared 19 days earlier after meeting Boswell on Tinder.

Trail told police investigating the case he had "accidentally" asphyxiated the young woman.