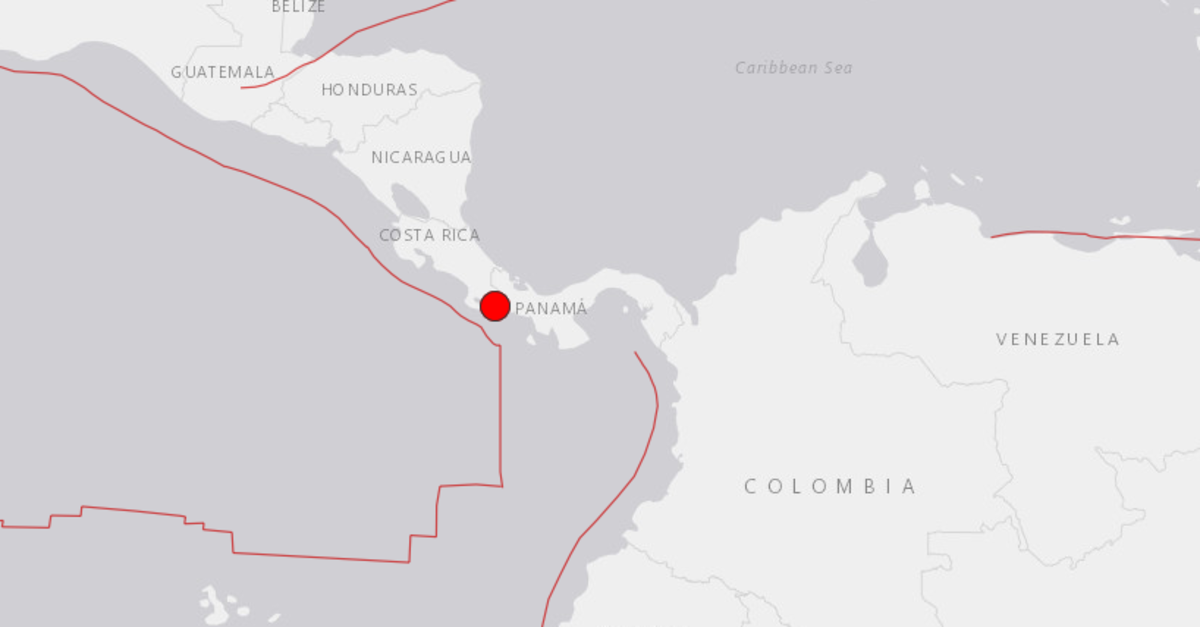 The quake struck at a depth of 26 kilometers (16 miles), about 2 kilometers from the nearest town of Progreso in Panama, USGS said, updating a previous alert that estimated the depth at 10 kilometers.

There were no immediate reports of casualties, and USGS said "the impact should be relatively localized," reversing an earlier advisory that "past events with this alert level have required a regional or national level response."

"Estimated economic losses are less than % of GDP of Panama," the website said.

According to the National Seismological Network (RSN) in Costa Rica, the quake struck at 0523 GMT Wednesday (11:23 p.m. Tuesday) with its epicenter located 11 kilometers east of the Panamanian border town of Puerto Armuelles.

The tremor was felt in Costa Rica's capital San Jose and in many parts of the Central American country, according to initial reports, but the national tsunami warning system said there was no risk of a tsunami.

Villagers in the south of Costa Rica fled their homes, fearing aftershocks. Two houses in the region were damaged by the quake, said Alexander Solis, president of the country's National Emergency Commission.

Costa Rica's President Carlos Alvarado said there were power cuts in several communities in the southwest of the country, near the epicenter.

In November 2017, a 6.5-magnitude quake on the Pacific coast of Costa Rica caused buildings to sway in San Jose and contributed to the deaths of two people who had heart attacks.