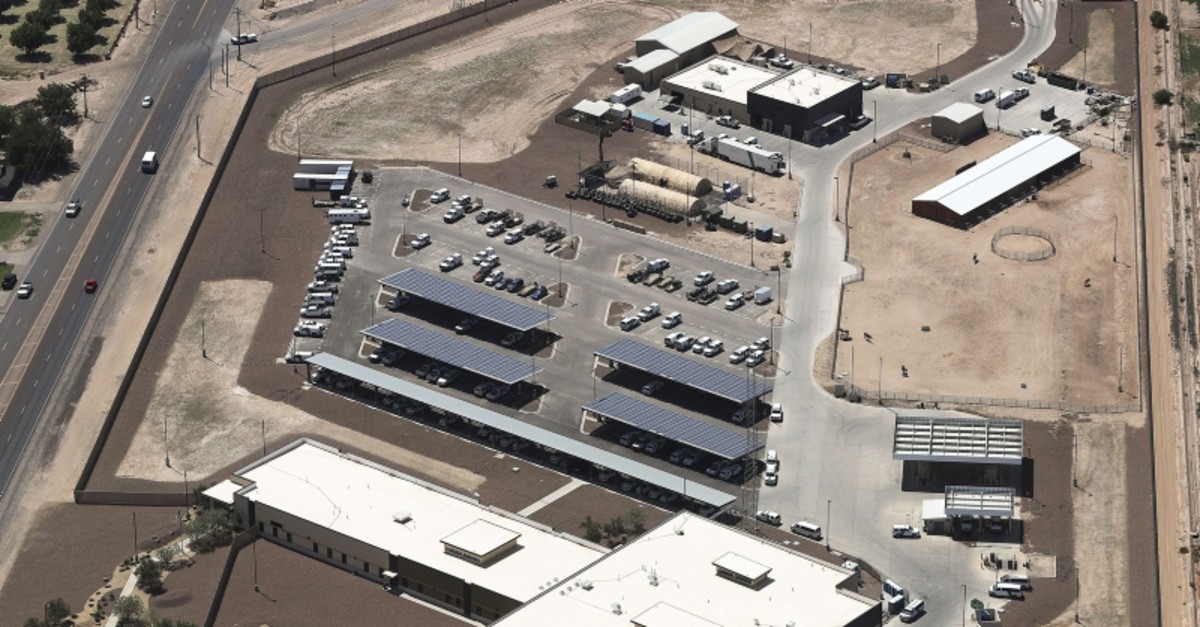 An aerial view of the U.S. Border Patrol facility where attorneys reported that detained migrant children had been held in disturbing conditions on June 28, 2019 in Clint, Texas (AFP Photo)
by Daily Sabah with AFP Jul 02, 2019 12:50 am

U.S. Customs and Border Protection (CBP) agency officers abuse women and children at a facility built to shelter migrants, a member of the congress said Monday.

"I see why CBP officers were being so physically & sexually threatening towards me. Officers were keeping women in cells with no water & had told them to drink out of the toilets," U.S. congresswoman Alexandria Ocasio-Cortez said in a tweet mentioning Customs and Border Protection agents with an acronym late Tuesday.

"This was them on their GOOD behavior in front of members of Congress," she added.

Ocasio-Cortez, who has been a frequent critic of the CBP, visited facilities housing migrants along the U.S.-Mexico border on Monday and criticized the Facebook group and the conditions she found there.

"There are 20,000 TOTAL Customs & Border Patrol agents in the US," Ocasio-Cortez said in a message on Twitter.

"9,500 CBP officers sharing memes about dead migrants and discussing violence and sexual misconduct towards members of Congress," she said. "How on earth can CBP's culture be trusted to care for refugees humanely?"

Ocasio-Cortez decried the conditions she found at the CBP facilities she visited.

"It's not just the kids. It's everyone. People drinking out of toilets, officers laughing in front of members of Congress," the congresswoman said.

"This has been horrifying so far," she said. "It is hard to understate the enormity of the problem."

Border Patrol officials have said they are overwhelmed by the numbers of refugees crossing the southern U.S. border.

Arrivals of undocumented migrants have surged in recent months, with 144,000 taken into custody in May alone.