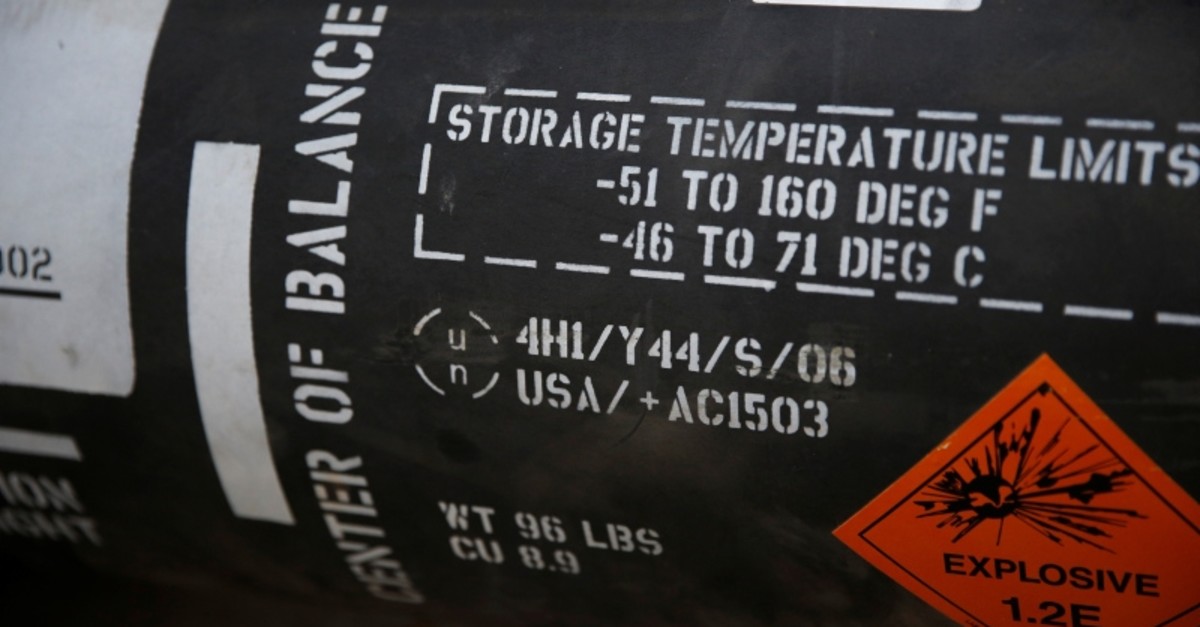 One of the American Javelin anti-tank missiles, which were confiscated from eastern forces led by Khalifa Haftar in Gharyan, are displayed for the media in Tripoli, Libya June 29, 2019. (Reuters Photo)
by Jul 02, 2019 6:51 pm

A Democratic senator warned Tuesday that the United States could cut off arms sales to the United Arab Emirates over a report that the US ally shipped US missiles to Libya's Haftar rebels.

In a letter to Secretary of State Mike Pompeo, Robert Menendez, the top Democrat on the Senate Foreign Relations Committee, demanded an investigation and asked for explanations by July 15 on arms agreements with the United Arab Emirates.

"You are surely aware that if these allegations prove true you may be obligated by law to terminate all arms sales to the UAE," Menendez said.

He warned that the transfer would be a "serious violation" of US law and "almost certainly" break the UN arms embargo on Libya.

The New York Times reported on Friday that forces loyal to Libya's unity government had discovered four Javelin missiles at a base used by men under the command of Khalifa Haftar, who has waged a months-long offensive to take Tripoli.

The newspaper said that markings on the US-made missiles indicated they had been sold to the United Arab Emirates in 2008.

The State Department earlier said that it took allegations of misuse of US weapons seriously and was seeking answers.

Menendez told Pompeo that the alleged arms transfer to Libya was "particularly alarming" as it came shortly after President Donald Trump's administration bypassed Congress to approve $8.1 billion in arms sales to Saudi Arabia and the United Arab Emirates.

Lawmakers fear that the weapons will be used to kill civilians in Yemen, where millions are on the brink of starvation and schools and hospitals have been hit in a Saudi and Emirati offensive.

Pompeo said that the sale was an emergency because of tensions with Iran, which backs Yemen's Houthi rebels.

Democratic senators and a handful of Republicans last month voted to block the sale but they did not have enough votes to override a veto by Trump.