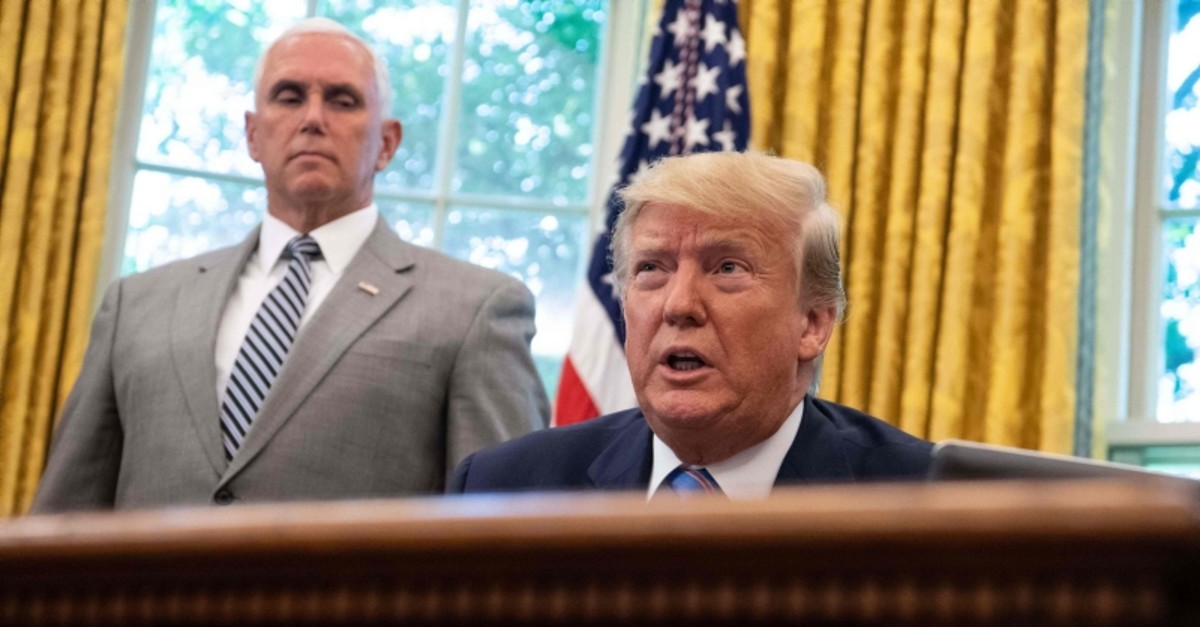 US President Donald Trump speaks to the press before signing a bill for border funding legislationin as Vice President Mike Pence looks on in the Oval Office at the White House in Washington, DC, on July 1, 2019. (AFP Photo)
by Jul 02, 2019 8:09 pm

US Vice President Mike Pence abruptly canceled a trip to New Hampshire on Tuesday, sparking speculation over what media reports said was an "emergency."

Fox News and other US media reported that a representative of Pence told an audience in New Hampshire -- where the vice president was scheduled to give a speech on drug addiction -- that he had been "called back" to Washington.

The reports referred to an unspecified emergency.

However, Pence spokeswoman Alyssa Farah downplayed the incident saying there was "no cause for alarm" and indicated that rather than being called back, the vice president had not left Washington in the first place.

"Something came up that required the @VP to remain in Washington, DC. It's no cause for alarm. He looks forward to rescheduling the trip to New Hampshire very soon," Farah tweeted.