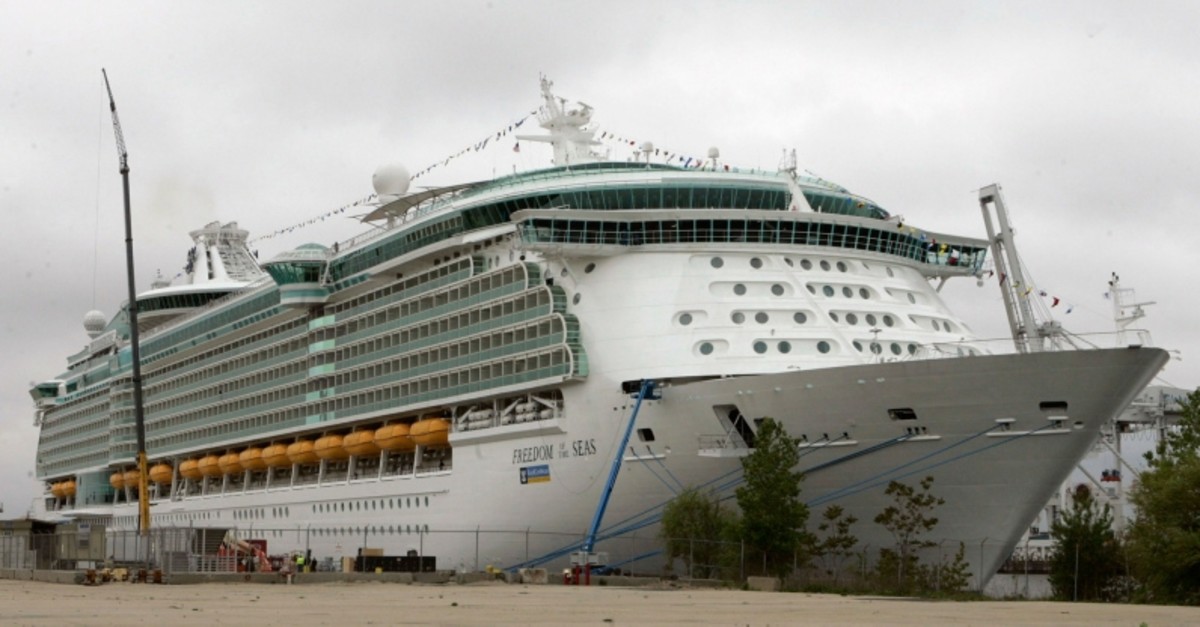 A 1-year-old girl apparently slipped from her grandfather's hands and fell to her death from the 11th story of a cruise ship docked in Puerto Rico, police said Monday.

Police Sgt. Nelson Sotelo told The Associated Press that the family of the child will remain in the U.S. territory until the investigation is complete. He said officers have not been able to interview any relatives yet.

Authorities said the girl was traveling with her parents, two siblings and two sets of grandparents aboard the Freedom of the Seas, which docked in Puerto Rico on Sunday after a weeklong trip through the Caribbean. The death occurred Sunday afternoon at the Panamerican dock in the capital of San Juan.

Sotelo said the toddler's maternal grandfather, Salvatore Anello of Valparaiso, Indiana, is under investigation. He said the rest of the family is from Granger, Indiana.

The police chief of South Bend, Indiana, Scott Ruszkowski, confirmed to WSBT television that the girl was the daughter of Officer Alan Wiegand, and the department issued a statement saying it "asks the community to pray for the entire Wiegand family as they grieve and to respect their privacy."

Ruszkowski disputed the statement issued by Puerto Rico police that the girl was being held out of a window.

Royal Caribbean Cruises called it a tragic incident and said it was helping the family. A spokeswoman said the ship departed Puerto Rico on Monday for St. Maarten on a new itinerary and declined further comment.