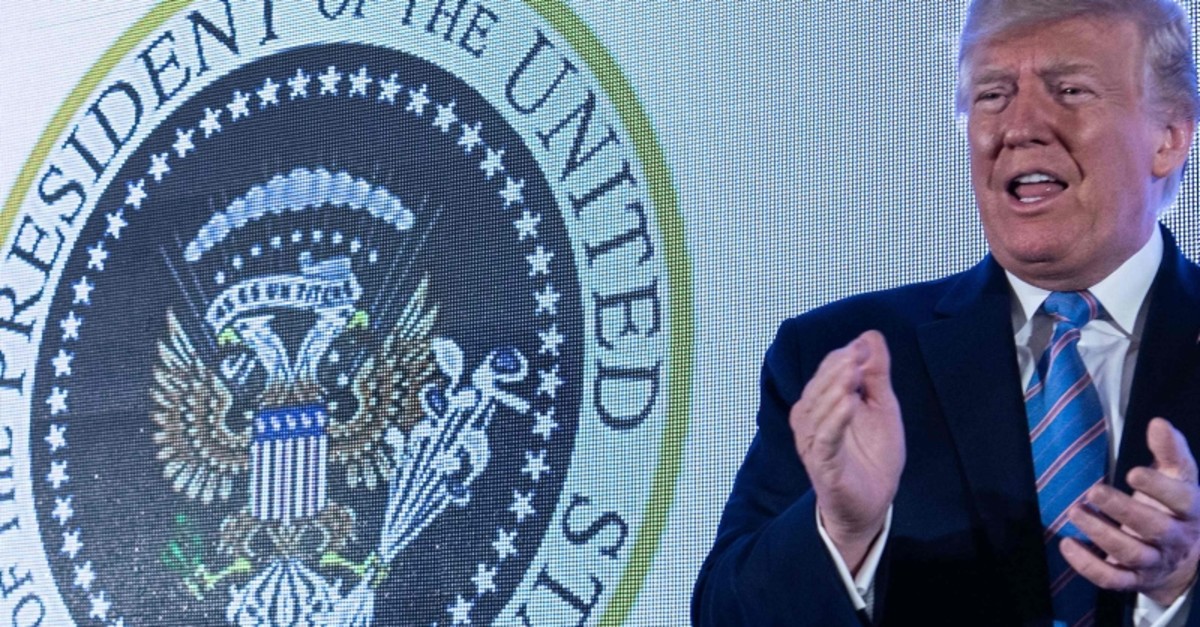 White House officials on Thursday were baffled as to why a doctored presidential seal - including an eagle clutching golf clubs in its talons instead of arrows - was projected on stage at an event at which U.S. President Donald Trump spoke.

The seal was displayed on Tuesday at Turning Point USA's student summit, where Trump gave a raucous 80-minute speech and was greeted warmly by the youthful audience.

The actual seal says "E Pluribus Unum," which means "from many one" in Latin, on the banner above the bird's head. The altered seal said, "45 es un títere," which in Spanish means "45 is a puppet." Trump is the 45th president of the United States.

In addition, the shield on the bird's chest has hammer-and-sickle symbols on it.

There were suspicions at the White House that the organizers had found the doctored image online and mistakenly used it.

"We never saw the seal in question before it appeared in the video," said White House official Judd Deere. "The White House had no knowledge of it."

A spokesman for Turning Point USA told The Washington Post, which first reported on the seal, it fired a video team member for mistakenly displaying the seal.

The political non-profit group was founded to organize conservative students on college campuses by Charlie Kirk, an outspoken supporter of Trump. It maintains a controversial Professor Watchlist of college professors it deems too liberal.

As a political non-profit, the group may raise and spend unlimited sums of money and engage in educational efforts around politics, but it is prohibited from using its resources to campaign for a candidate for elected office.